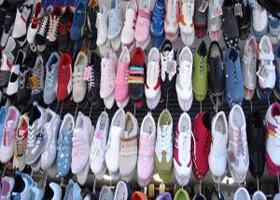 As a stalwart indexer, Burton Malkiel is not normally known for advocating deviations from indexes. But he thinks China represents a special case.

To be sure, many bears think of China as the next big bubble: overvalued housing, overvalued stocks and overleveraged monetary policy.

These are risks, to be sure, but Malkiel, the Chemical Bank Chairman’s Professor of Economics at Princeton University, says the Chinese government too has its worries about an “unstable, unbalanced and unsustainable economy.” But it is managing them. Malkiel made his comments as keynote speaker at the IMN Canada Cup of Investment Management in Toronto this week.

Moreover, an overhang of housing is less damaging in China than it is in the U.S. For one thing, Chinese residents have to make significant down payments – in the order of 50%. And Chinese consumers have a debt-to-GDP ratio of 34%. In the U.S., it’s 130%.

Even so, China is reining in money supply.

So Malkiel dismisses talk of bubbles – at least countrywide bubbles. Instead, in looking at Chinese stocks, he says he’s never seen prices cheaper.

But then Malkiel is chief investment officer at Alpha Shares, an investment management firm devoted to investments in China.

In making the case for China, he cites a number of themes. The consumer portion of the economy is 37% of GDP. In the U.S., it is 72%. He doesn’t expect the Chinese will adopt American spending habits – they can’t because, in the absence of a social safety net, they have to save. Nevertheless he thinks the consumer portion of GDP could go to 50%.

China is also developing technology and services hubs around its universities, which could spur consumer spending. In this scenario, exports are less significant and he suggests that as Chinese workers move to higher value-added goods and services, such industries as textiles will move to Vietnam and Malaysia.

Still, the Chinese stock market is a dragon of many parts. “A” shares are listed in China, for Chinese residents. “H” shares trade in Hong Kong. “N” shares are bought and sold on U.S. stock exchanges. Some companies have multiple listings across stock markets.

Arbitrage keeps “H” and “N” shares in line with net asset values. But “A” shares frequently trade at a premium – as much as 100%. They are however, down 20%, this year.

Indexing the free float – the tradeable shares of Chinese companies – means China constitutes 1% of world market capitalization. That’s because only 23% of the market cap of “H” and “N” shares is included. By market cap, Chinese companies should be 7% of the world index, he argues. By purchasing power parity, they should be 13%.

Whatever the numbers, Malkiel says “I think that investors should have at least 5% of their portfolios in the world’s fastest-growing economy.” But he doesn’t think the MSCI, FTSE or Hang Seng indexes are the best way to do it. They are tilted toward mega-cap companies, and underweight technology – a rising sector, given the quality of China’s universities, and consumer goods – an expanding sector, given the growth of consumer demand.

Instead, he proposes a different index – YAO – that includes 125 Chinese companies instead of the 25 or so in other indexes.

Another way to get exposure to China is through enhanced indexing. Malkiel admits that the Capital Asset Pricing Model isn’t a very good model in predicting returns. Instead, he proposes a three-factor Fama-French model, with tilts to value stocks and smaller companies. That’s Alpha Shares “Dragon Strategy.”

There are also volatility-reduced strategies that involve option writing, since China has about double the volatility of U.S. stocks. And, for those worried about direct investments, there are indirect strategies that focus on multinationals with significant exposure to China.

Against the China bears, Malkiel is quite bullish. “Chinese stocks are not at bubble levels,” he says. “These are as attractive valuations as I’ve ever seen.” But, “most investors are very much underexposed to China.”