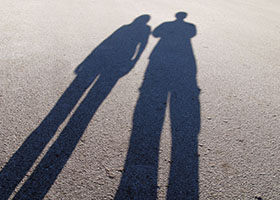 Last Thursday’s 15-minute market meltdown puts into focus a continuing electronic trading circles.  Does ease of trading simply boost volume and or does it actually create liquidity, and thus deeper markets. The proponents of the former view may be winning this one.

The rise of electronic trading platforms – alternative trading systems in Canada, electronic communications networks in the U.S. – has displaced floor traders and to a lesser extent, market-makers who strive to maintain an orderly flow between buyers and sellers.

Unlike in 1987, stock prices didn’t plummet because Nasdaq market-makers stopped answering their phones. Something else happened, and it wasn’t just a “fat-fingered” trader hitting the wrong sell button. Instead, as Yves Smith reports in her blog, Naked Capitalism,volume was surging well before the market temporarily imploded.

A trader tells her, “Volume was gigantic yesterday before we really went into freefall. As of 2 p.m., some 40 minutes before Armageddon, we were tracking for a massive 15.6 billion share day (we ended up doing 19.3 billion – the second largest day ever after the October 10th, 2008 whitewash). Half an hour later, at 2:30 p.m. – still ten minutes before the bottom fell out – volume had surged and we were tracking for a 17.2 billion share day. The period between 2 p.m. and 2:40 p.m. saw immense selling pressure in both the cash market and the futures market.” The trader adds, “in other words, it was not a sudden, random surge of volume from a fat finger that overwhelmed the market. It was a steady onslaught of selling that pressured the market lower in order to catch up with the carnage taking place in the credit markets and the currency markets. “

From a slightly different angle, Paul Kedrosky, who writes the blog Infectious Greed, refers to the drying up of “shadow liquidity.”

“As most will know, liquidity is, like so many things in financial life, something you can choke on as long as you don’t want any. So long as there is nothing awry in U.S. markets the depth of liquidity — the amount of stock, currency, futures, etc. you can trade without materially moving the price —  is impressive, almost certainly the best in the world,” he explains.

“That isn’t magic, of course. Liquidity is a function of various things working fairly smoothly together, including other investors, market-makers, and, yes, technical algorithms scraping fractions of pennies as things change hands. Together, all these actors create that liquidity that everyone wants, and, for the most part, that everyone takes for granted.”

“There are fewer traders prepared to make a market for the sake of market health,” he argues, “mostly because of what has happened with high-frequency trading, algorithms, and the like, which increasingly jump into the trading queue in front of and around orders, creating some liquidity, but also peeling pennies for themselves, frustrating market participants and heretofore liquidity providers, but in the course of normal business generally accepted as a price that gets paid to the market’s battle bots.”

Sometimes, he adds, the price is too high for traditional liquidity providers. As for the bots, well they don’t tend to stick around at the crash scene.

“For the first time we have large providers of this shadow liquidity, algorithms and high-frequency sorts, that individually account for large percentages of daily trading activity, and, at the same time, that can be turned off with a switch, or at an algorithmic whim,” says Kedrosky. “As a result, in market crises, when liquidity was always hardest to find, it now doesn’t just become hard to find, it disappears altogether, like water rushing out sight via a trapdoor to hell. Old-style market-makers are standing aside as panicky orders pour in, and they look straight at shadow liquidity providers and say, ‘No thanks. You battle bots take it.’ And, they don’t.”

So does volume equal liquidity? Or is it just that better, faster markets dry up better and faster than ever before?

2021 IIC coverage: Maximizing the certainty of an outcome — it isn’t just death and taxes