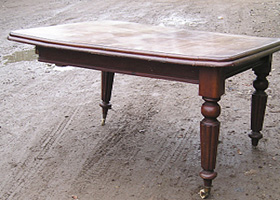 For several years it has been said that Canada needs to improve its retirement income system. This is presented as a priority despite the fact Canada has one of the highest old age income safety-nets in the OEDC. A cornerstone of the debate has been the Federal governments “Three Pillar” approach to retirement. It is also argued that the primary goal of a government retirement program is to ensure workers have sufficient retirement income to replace their accustomed pre-retirement living standards.

This issue is simply too serious to be left to lobbying by special interest groups and profit-based industry organizations or academics to debate.

There are significant anomalies in defining the three pillars. For example, the definition of universal benefits doesn’t include government or employer medical plans, a major cost factor in many countries.

While CPP is cited as the second pillar, it fails to acknowledge that many people get minimal CPP or simply don’t qualify for CPP.

The third pillar includes employment pension plans, RRSPs RRIFs, TFSAs, and non-pension financial assets. However, this downplays (perhaps dismisses is more accurate) the significance of other savings and non-financial assets.

Whether government-sponsored pensions are inadequate hinges on four questions:

To understand the issues and potential impact of changes to the government-sponsored pension programs on disposable income you have to look at other savings and financial assets as a Fourth Pillar. At this point, however, there is simply not enough information available to the public to do this. Conventional rules of thumb which are often cited are not appropriate for determining income levels. More Fourth Pillar big Canadian data is needed to facilitate the debate and decisions on this issue.

It also needs to be clear whether the objective for improving the government sponsored pensions is increasing the number of people that qualify i.e. receive retirement income or, simply improving CPP for Canadians who would already qualify. OAS is not at issue since all Canadians (with minor exceptions) qualify for OAS. Depending on the objective OAS could however be used to deliver additional income.

Another underlying issue is agreeing on what constitutes a reasonable minimum standard of living for Canadians in retirement i.e. what is a reasonable amount of income that can be expected from the government? This is a challenge in a geographically and economically diverse country like Canada. The fact that CPP is a federal responsibility and welfare a provincial responsibility also adds to the challenge.

An “adequate” pension differs for everyone: it begs the question why governments would even want to be in involved. Does responsibility for ensuring an “adequate” verses a “minimum” retirement income lie with the government or, with each individual? Many countries with generous pension programs have difficulty funding them and may end up reducing benefits e.g. France, Spain, Greece, etc. Because of the potential financial impact and potential social and economic disruptions the Canadian government has prudently approached the demand to enhance pension programs with caution.

Perhaps the question of the amount of money needed in retirement needs to be challenged e.g. the “60-80%” rule. A well-known pension guru, Malcom Hamilton suggested that a 50% replacement ratio is appropriate. He also thinks that retired people are reasonably frugal and shouldn’t focus on saving a huge pot of money so they can go into a nursing home. Pension experts such as Bill Morneau and Fred Vettese have concluded that you need far less money than you think in retirement. Others have found that you can have an acceptable retirement life style on a low percentage of your working income. A well-known Canadian bank marketing slogan perhaps sums it up nicely -“you’re are richer than you think”. 4th Pillar savings, life style, and family objectives i.e. how much you want to leave at the table are factors in all of these views.

The crux of the issue is this: should government pension program be sufficient to retire “comfortably”?  and – “who will pay”? The “shoot, aim, ready” approach to the retirement income question confuses the debate. Would it not be more logical and efficient to determine:

a)     the objectives in enhancing government pensions;

b)     who should qualify for retirement income;

d)      a minimum stand of living in retirement;

e)     an affordable level of government pension income; and,

The issue of the level of retirement income needed to ensure a minimum standard of living is an ethical and moral question. It is also a cultural issue which affects all Canadians and should continue to be addressed as a social and political issue rather than framed as a “pension” issue.

Rather than focusing on which vehicle is best suited to delivering pension enhancements at this stage let’s get the additional information that is needed and aim for an informed honest public debate elsewise Canadians are being asked “to buy a pig in poke”. Hardly ideal approach on such a significant issue.

What does Fitch’s downgrade of Canada mean for institutional investors?