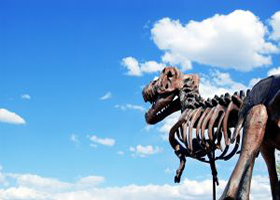 Rebalancing into underperforming asset classes to maintain a policy weight is a long-time tenet of institutional and retail investors alike. It’s a decision that requires minimal discussion. Just follow the plan, Stan.

But Stanco 25 professor of finance emeritus at Stanford University and Nobel Laureate William Sharpe is dubious about the results. In a recent paper, “Adaptive Asset Allocation Policies” he writes: “To conform with such a policy as market values change requires selling assets that performed relatively well and buying those that performed relatively poorly. Such a strategy is clearly contrarian and can only be followed by a minority of investors.”

But, asks Sharpe, “Can all investors be contrarians? The answer is no.” Why? If everyone were a contrarian, then however happily they might sell their winners, they would be unwilling to give up their losers. Therefore, the net number of sellers, Sharpe says, “will be smaller, the poorer an asset’s performance.”

Thus, a traditional asset allocation policy that relies on rebalancing can’t work – at least not for everyone. So can rebalancing work at all? Sharpe makes two proposals – both highlighting the difference between absolute growth in market capitalization versus relative performance measured by an index.

His first proposal involves reverse optimization – in other words, looking back from the expectations baked into a securities market, since “an asset’s current market value reflects the collective view of the probabilities of possible future prospects.” Portfolio optimizations based on what current market values project may require rebalancing. Or maybe not. Sharpe suggests:

“Importantly, such an approach may not require substantial transactions over and above those associated with reinvesting dividends, interest payments and other cash received from security issuers. Moreover, there is no reason to expect that it will involve selling relative winners and buying relative losers, as must be done to conform with a traditional asset allocation policy.”

The second he calls “adaptive asset allocation,” which dispenses with winners and losers altogether. “Consider a world in which changes in asset market values result only from changes in security prices and reinvestment of cash flows from each asset in the same class. An investor who makes no withdrawals or additional investments and chooses to reinvest all cash flows from each asset class in the same class will be in compliance with his or her adaptive policy at all times and will not need to make transactions with other investors.

This follows from the fact that the value of the investor’s holdings of each class will change by precisely the same percentage as does that of the market.”