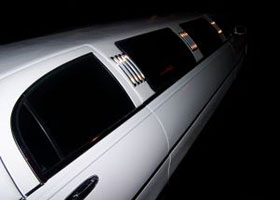 It’s rare that we get a look into the retirement plan – or rather the retirement asset allocation — of folks who run a country or its major regulators. Perhaps that is as it should be. Service to the state should be compensated by the state – with the public paying for security guards and pensions long after the years of service have ended.

Nevertheless, many politicians enter the hustings with some accumulated wealth. Barack Obama, thanks to royalties on his books, was one of them. Former Federal Reserve Board Chair Alan Greenspan, a successful economic forecaster after his jazz-band years,  famously held all his assets in T-bills – short -term assets – to avoid conflicts of interest.

In a report from 2005, CNNMoney noted, based on regulatory disclosures, that “Greenspan’s assets are worth at least $4.2 million, according to his filing, with at least $3 million in Treasuries and bond funds, $800,000 in individual stocks, held directly or in his wife’s 401(k) account and other assets worth more than $300,000.”

Former Bush economic advisor Greg Mankiw, the Harvard professor who is also the author of a popular introductory economics textbook,  has picked up the thread, at least on Obama, and anted up. He cites the disclosure that,“’The Obamas report having between $200,000-$450,000 invested in the Vanguard 500 Index Fund.’”

“In other words, it looks like the president has only a small percentage (about 10%) of his personal financial assets invested in equities. This is far, far less than financial advisers would recommend. (If you are curious, I am at 60% equities.)  Either the president is not very financially savvy, or he has reason to believe that the future of the U.S. economy is not very bright.”

Still, the heavy equity underweight is not unknown among economics professors, many of them winners of Nobel prizes. In a 2005  article (in the middle of the equity rebound, for those folks with video replay), the  Los Angeles Times reported on the asset allocations of some of them. Only one was tilting towards growth.

The CNNMoney report from which one gleans data about Alan Greenspan was originally about current Fed Chair Ben Bernanke’s holdings. It documented, according to federal filings,

“… that at the end of 2004 his TIAA-CREF account had a net worth between $1 million and $5 million, and produced income during the year between $15,000 and $50,000. Details about his investment choices within that plan were not available.

Add up the numbers and run them through an actuarial machine, and that means Bernanke’s TIAA-CREF account might produce a modest $30,000 or $40,000 annuity once he retires.

Yet those public officials who wanted a little bit more than a  T-bill return – or simply to diversify — suffer some public opprobrium. Or at least some suspicion.

For example, Supreme Court Judge nominee Samuel Alito was criticized for not recusing himself when involved with a case involving Vanguard – the provider of index funds – because he himself held some Vanguard index funds.

Ah, even passive equity is suspect, when you’re a public official. But fixed income may be another story. Let’s look at Bernanke. According to CNNMoney: “He also lists between $50,001 to $100,000 in Canadian treasury bonds and between $15,001 and $50,000 in his checking and savings accounts.”

But that was in 2004. A lot of dollars have passed, untroubled but probably hedged, over the bridges since.