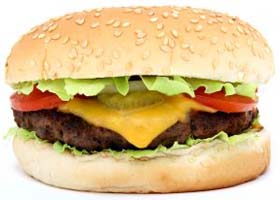 Back in 1973, Congress relaxed the “prudent man” rule for pension investing and authorized ERISA:  It allowed for more flexibility – at a time when bonds were still beating stocks, even as they fell behind  inflation.

Yet, back in the 1970s, some foresaw better growth in stocks than bonds – for the long term. And they also foresaw pension plan problems.

His complaints seem all too familiar.

“Consulting actuaries are very good at making calculations. They are frequently terrible at making the assumptions upon which the calculations are based. In fact, they well may be peculiarly ill-equipped to make the most important assumptions if the world is one of economic discontinuities. They are trained to be conventional. Their self-interest in obtaining and retaining business would be ill-served if they were to become more than mildly unconventional. And being conventional on the crucial assumptions means accepting historical experience adjusted by a moderate nudge from current events. This works fine in forecasting such factors as mortality and morbidity, works reasonably well on items such as employee turnover, and can be a disaster in estimating the two most important elements of the pension cost equation, which are fund earnings and salary escalation.”

He focuses on a simple example, guaranteeing a specific dollar benefit versus guaranteeing final average pay for an employee at age 55. With the former, assuming a 7% return (remember, this is the mid-1970s), then the pension fund is essentially consumed in 10 years time with the purchase of a lifetime annuity. In his example, the present value of the pension cost is %70,000.

With inflation in wages, however, the present value of the pension doubles.

It’s all promises of course, as Buffett writes, “most managements I know – and virtually all elected officials in the case of governmental plans – simply never fully grasp the magnitude of liabilities they are incurring by relatively painless current promises. In many cases in the public area the bill in large part will be handed to the next generation, to be paid by increased taxes or by accelerated use of the printing press. But in a corporation the bill will have to be paid out of current and future revenues – and with interest – and frequently with what is, in effect, a cost-of-living escalator.

At the time, Buffett was bearish on inflation – but so were many, and as it turns out, it only got worse. He points to contemporary Britain: “assume that salaries (an the cost of living) are moving upward at 25% per year and the pension fund is earning 10% per year.”

To put pension math in context, he also resorts to  a populist analogy. He compares a lump-sum payment for a pension of $50,000, as against a $65,000 actuarial liability into a lifetime payment of $500 a month on retirement to the price of hamburgs..: “[I]f you promise to pay me 1000 hamburgers a month for life … (assuming a present hamburger price of $0.50), you have created an obligation which, in an inflationary world, becomes most difficult to evaluate. … You won’t find an insurance company willing to take the 1,000 hamburgers-a-month obligation of your hands for $65,000 – or even $130,000. While hamburgers equate to $0.50 now, the promise to p[ay hamburgers in the future does not equate to the promise to pay fifty-cent pieces in the future.” This is how he defines “earthquake risk” with special reference to Weimar Germany.

While inflation risks have abated, Buffett’s principal objection has not: salary increases plus COLA that outpace the returns of the pension fund. “When salaries run ahead at a substantially higher rate than investment returns and benefits are tied to final salaries (or, even more expensively, cost-of-living increases after retirement …) it is virtually impossible to pre-fund obligations. Like it or not, you become much like the Social Security Fund, absent the power to tax.”

Inflation: Neither Dead Nor Alive…

New Brunswick’s auditor general is reigniting a dispute with the an independent public sector asset manager responsible for investing on behalf of pension plans jointly...

The Canada Pension Plan Investment Board is selling its stake in a U.K. wireless utilities provider. Through the deal reached with Digital 9 Infrastructure, an...

Manulife Financial Corp. is supporting its LGBTQ2S+ employees during Pride Month and beyond with speaker sessions and ongoing enhancements to its benefits plan. Throughout June,...

The union representing roughly 100 employees at Pilkington Glass in Whitby, Ont. has ratified a three-year agreement that includes benefits and pension gains. Members of...

A third (34 per cent) of Canadians say their employer doesn’t provide training or support to deal with workplace conflict, while another 20 per cent...