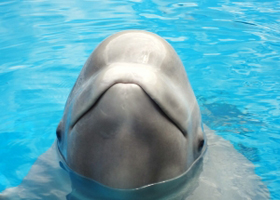 Well that boast seems to have proved empty. The “London whale” was landed, with a $2 billion to $3 billion loss for JP Morgan. The loss itself is loose change for JP Morgan, 0.2% of capital, according to the New York Times. And what goes around comes around. The trader largely responsible for landing the whale had, himself, cost Deutsche Bank $2 billion in trading losses.

Whatever the enchantments of a neat little tale of cupidity and hubris, there are larger issues than overconfident prop-desk traders who get the risk equation wrong. Two quite different examples make the point. One is more allegations of fraud on the Toronto Stock Exchange, this time with Sino-Forest, which seems to continue a long pattern of inadequate regulation – or retribution – by Canadian securities regulators; Bre-X, YBM Magnex, Norshield, Nortel, even icebergs in Iceland, all spring to mind. Of course scandals happen in the U.S. too. The difference is, someone gets sent to prison, instead of just having their ability to trade securities revoked.

On the other hand, there seems to be a paucity of prudential errors in Canada, notwithstanding a couple of trust company and regional bank failures in the 1980s and the collapse of Confederation Life in the 1990s. In the U.S., there was Bear Stearns, Merrill Lynch, Lehman Brothers, AIG among many, many others.

It’s against this backdrop that the Canadian chapter of the Alternative Investment Management Association (AIMA) releases its updated Handbook. Sure, hedge funds have failed in Canada. Yes, banks have made bad bets. But no bank needed bailing out. There was no systemic crisis in Canada. And prudential regulators appear to have been on top of things.

Which could lead to a boom, if not for Canadian hedge funds, then the associated service providers.

For example, Les Marton, Head of Capital Introduction & Hedge Fund Consulting Services Scotiabank and Alfredo D’Onofrio, Director, Prime Services at Scotiabank, note “[t]he credit crisis of 2008 and the near collapse of certain financial institutions previously thought ‘unassailable’ has been well-reported, but little has been said of how Canadian banks remained solvent during the many recent global banking crises.”

So despite the debate in the U.S. about the separation between retail and investment banking, it hasn’t caused disastrous systemic instabilities in Canada. That said, Marton and D’Onofrio, argue “[t]he lessons of 2008 are all-too fresh and the strength of the prime broker and its bank parent need to be carefully considered. Fortunately for Canadian banks, they have emerged out of the detritus of the global financial meltdown with top credit ratings and are extremely well-regarded internationally.”

They thus conclude that, “[w]ithin the global topography of the banking industry, there are few players that have proven themselves based on their ability to successfully navigate through the financial crisis – Canadian banks are among them.”

The Canadian advantage extends beyond that to the prime brokers. Chris Pitts, Partner, Audit and Assurance Group PricewaterhouseCoopers LLP, says that “[i]n the last decade, the growth of the global fund administration industry in Canada has continued, driven by a variety of factors including a clear and distinct advantage over hurricane-prone offshore centres, the impact of increasing competition in the administration industry that has led organizations to set up key centres of excellence, focused tax incentives by certain levels of government in different parts of the country, and the positive afterglow that Canada has experienced in managing its financial system through the global economic crisis. As a result, while the most significant concentration of operations remains in Toronto, there are centres across the country in Halifax, Montréal and Vancouver, and the number of global administrators operating in the country has grown significantly.”

So far, so good for Canada’s reputation for stability. But what about for hedge funds themselves? Claude Robillard, Executive Director, CIBC Prime Services Group, argues that “Canada has often been described as the emerging market play without the emerging market risk – we find ourselves, fortunately, at the intersection of global interests with a strong commodities sector and robust financial architecture on offer.”

Yet, Canadian hedge fund complexes are rather small in global comparison. They are generally not multi-billion complexes. There are benefits to that. But there are also detractions: namely the way due diligence has to be done. That’s a trade-off in alternatives: finding an emerging manager on the cusp, versus dealing with an established manager with all the right protocols, but perhaps also sedate returns.

“Meanwhile emerging managers have,” Robillard writes, “arguably, competitive advantages over ‘incumbents.’ An ability to ‘adapt to changing market conditions and exploit new opportunities’ or, put differently, a degree of agility, supported by evidence of statistically higher returns, has been presented by numerous research outlets. As there is no free lunch, the higher return profile may be associated with a higher degree of risk; risk that may be offset by a lack of cross-correlation to an investor’s other allocations. Many strategies are, arguably, rightsized for the Canadian market, and not infinitely scalable, though one can argue that the majority have not yet brushed up against capacity constraints…”

Could it be that Canada itself has not yet run up against capacity constraints?

An article on Canadian employers increasing salaries and offering remote work to attract talent was the most-read story on BenefitsCanada.com over the last week. Here...

A fifth (19 per cent) of U.S. employees say they’ve adjusted their retirement strategy and are taking a more conservative savings approach amid economic uncertainty,...

Caisse reporting negative 7.9% return for first half of 2022

The Caisse de dépôt et placement du Québec generated an average return of negative 7.9 per cent for the first half of 2022. The investment...

Apple Inc. is making sudden changes to its return-to-workplace strategy for office-based workers. The policy, set to first take effect at the company’s Silicon Valley...