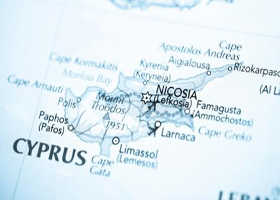 Bailouts are complicated things when it comes to sovereign nations – as the continuing woes of Greece, Ireland, Spain and Portugal illustrate. For all the infusion of Eurofunds, austerity has ultimately ended in a dead parrot scenario (for those readers who recall the Monty Python skech): economies that wouldn’t go “voom if you put four million volts through it!”

But now the Eurocrats have found new ways to shock an economy. Witness Cyprus, a Mediterranean Iceland of sorts that became a mini-banking centre, with banking assets eight times nominal GDP. Like Iceland, the idea was to attract inflows with higher-than-average interest rates.

Iceland, since its’ meltdown, has begun to recover – not least by refusing IMF and European Union strictures and letting its banks fail. And by devaluing its currency by 80% against the euro.

Such options are not available to Cyprus. It is part of the Eurozone.

To pay the freight (borrow long at higher rates and lend short at lower ones) Cypriot banks bought Greek debt. In retrospect, not such a good idea. And, thanks to lower taxes, they attracted a lot of foreign depositors – many of them Russian.

But the Eurocrat bailout plan for Cyprus involves a 9.9% tax on deposits of more than €100,000, and 6.75% on deposits under that amount. Naturally that had Cypriots and resident ex-pats from other nations fleeing to the ATMs on the weekend to get as much out as they could – unfortunately for them, at the usual ATM limit of €500 a day, if the ATMs still had cash.

The tax may have been aimed at the wealthy, who have taken up citizenship in this low-tax jurisdiction. It may have been intended as a levy en masse, rich and poor alike to save Cypriot banks. But, reports Investments and Pensions Europe, it also hits Cypriot pension schemes:

“The country’s pension funds traditionally deposit large amounts of scheme assets with the local banks, which would see a cash injection under the terms of the proposed €16bn package – with around €6bn to come from a tax of deposits. According to statistics produced by Aon Hewitt Cyprus in late 2011, local pension funds had around 60% of assets in local financial institutions, an issue already of concern to the consultancy in the wake of the problems in neighbouring Greece.”

It’s a double-edged sword, even for pension funds: Cash you lose; bonds you win. As U.S. political strategist James Carville once remarked, after his time in the Clinton Adminstration, “I used to think that if there was reincarnation, I wanted to come back as the president or the pope or as a .400 baseball hitter. But now I would like to come back as the bond market. You can intimidate everybody.”

New Brunswick’s auditor general is reigniting a dispute with the an independent public sector asset manager responsible for investing on behalf of pension plans jointly...

An article on Stelco Inc.’s $1.3 billion annuity buy-in for one of its defined benefit pension plans was the most-read story on BenefitsCanada.com over the...

Sounding Board: A look at the future of workplace wellness

Long before the coronavirus pandemic swept the globe in early 2020, a massive transformation of the workplace was well underway. Advanced technologies, growing demand for...

The U.S. Supreme Court’s decision to end the nation’s constitutional protections for abortion has catapulted employers of all types into the most divisive corner of...

The Canada Pension Plan Investment Board is selling its stake in a U.K. wireless utilities provider. Through the deal reached with Digital 9 Infrastructure, an...