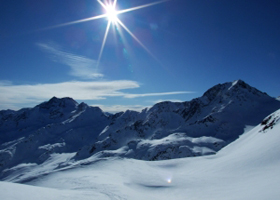 There’s a lot of money sitting on the sidelines in the extended recovery from the 2008-2009 economic collapse. At least in Canada.

But it’s not in the hand of consumers, who, on average, have 163% debt to consumable income ratios. Nor is it in the hand of governments. Ottawa is delaying its pay-down-the-deficit commitment; the provinces, for the most part, are in worse shape.

But corporate Canada is apparently sitting on loads of dough — $560  billion at last count – and even Bank of Canada Governor Mark Carney has weighed in on “dead money.”

But is it dead money? According to The Economist, it’s not just a Canadian problem.

“Business leaders and conservative critics cite that cash mountain as proof that meddlesome federal regulations and America’s high corporate-tax rate is locking up cash and depressing investment. But that cannot explain why the same phenomenon prevails worldwide. Japanese companies’ liquid assets have soared by around 75% since 2007, to $2.8 trillion, according to ISI Group, a broker. Cash stockpiles have continued to grow in Britain and Canada, too, to the immense frustration of policymakers there. ‘Dead money’ is how Mark Carney, the Bank of Canada’s governor, has described the nearly $300 billion in cash Canadian companies now hold, 25% more than in 2008. Mr Carney admonished them to ‘put money to work and if they can’t think of what to do with it, they should give it back to their shareholders.’”

Perhaps. Dividends might be nice. Or even lesser dependence on financial markets where lenders may not be there tomorrow. Remember how elementary overnight markets seized up when Lehman Brothers went bankrupt, with companies unable to roll over their corporate paper – to pay suppliers and workers, among others.

Still, The Economist reports, “rising corporate saving has deeper roots than the crisis, the commodities boom or this interest-rate cycle. In a recent study Loukas Karabarbounis and Brent Neiman at the University of Chicago found that across 51 countries they examined between 1975 and 2007, companies’ share of private saving rose in aggregate by 20 percentage points. In countries where corporate saving rose, labour’s share of GDP in the corporate sector shrank, by five percentage points in aggregate.

“Mr Karabarbounis and Mr Neiman link both rising corporate saving and labour’s shrinking share of GDP to a fall in the relative price of investment goods that began in the early 1980s. That drop may be down to the plunging cost of computing, or to the shift in capital-goods production towards lower-wage developing countries, or both.”

Therein lies a lesson. More corporate spending may lead to capital investments that reduce the need for labour.

The survey suggests that the money is there, but the labour isn’t. “One executive complained there wasn’t enough staff to meet customer demands, while others pointed to the challenges of finding qualified workers to do administrative tasks, construction work, as well as highly-skilled functions such as engineering. Even non-skilled labour seemed to be difficult to find, according to one survey respondent. ‘We just need bodies. We will train them.’ “

In the end, It may not be dead money. It may be patient money, waiting for an opportunity. Corporate governance stalwarts, take your stand.

Anatomy of a Depression

The vast majority (88 per cent) of institutional investors have reduced their allocations to fixed income over the past 18 months, according to a survey...

Financial sector workers with a keen understanding of sustainable finance issues are in high demand in Canada, according to a United Nations-backed report. The report, commissioned...

Consensus is building among Canadian business leaders that inflation will average above three per cent over the next two years, according to a new survey...

PIAC to focus on growing membership in 2022, says new board member

The Pension Investment Association of Canada board is prioritizing a return to business as usual and the expansion of the association’s membership in 2022. The...

Head to head: Should employers worry about time theft with remote workers?

With the shift to working from home during the coronavirus pandemic, some leaders are concerned about what employees are actually doing, or not doing, during...

78% of U.S. employers focusing on quality of health benefits over cost: survey

About three-quarters (78 per cent) of U.S. employers said they’re more focused on the quality of health care over cost management when making decisions about...

The Responsible Investment Association is appointing Patricia Fletcher as its incoming chief executive officer, effective Feb. 7, 2022. Prior to the new role, Fletcher was...