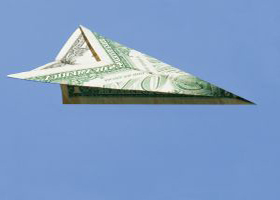 It’s official. Greece has defaulted. Well, sorta. It hasn’t repudiated its external debt. But private bondholders — banks in the rest of Europe – will take a haircut as current debt is rolled over into bonds with lower interest rates. That, to the ratings agencies, may be a selective default, since private investors will take a hit of $78 billion. They haven’t yet decided to affix the default label, but they’re getting closer.

On the one hand, it’s somewhat useless for the ratings agencies to point to Greece’s travails – that barn burned down long ago. On the other hand, it puts pressure on Europeans, since a debt default means the Greek government bonds held by the European Central Bank will be deemed worthless, which in turn will cause Greek banks – who have been in much, much better shape than their government – to collapse. As it is, the ECB has been the lender of last resort, since other banks won’t take Greek sovereign debt as collateral for overnight money market operations.

One might call it a liquidity trap. Certainly, the most prominent Delphic oracle on liquidity, Paul Krugman, predicts years ahead of slow growth – a Lesser Depression – and that’s the good news.

Now the question is whether the U.S, torn between irresistible spending (including tax expenditures) and immoveable opposition to taxes will hurtle its way into default.

But that’s only half the story. Yes, failure to raise the debt ceiling will lead to a debt downgrade. But it doesn’t mean the U.S. is broke. Just half broke: it can probably meet its payments to creditholders, the military, and Social Security and Medicare recipients, thanks to incoming tax receipts. Ironically, as prominent Republican commentator David Frum points out, those who stand to lose the most will be federal government contractors – Joe the Plumber, whose wages may not be paid. Or as Frum states it: “Now those suppliers face the same cycle of options as you previously faced: (1) litigate, (2) attempt to borrow, (3) lay off, (4) defer payments, (5) default on their own obligations. It’ll be 1931 all over again”. :

Probably, 1931 isn’t that close, at least on the federal level. But there will be collateral damage, literally, as rating agencies follow through on a debt downgrade. Alphaville at the Financial Times notes some of the hostages:

Why would they be marked down? Because the U.S. government has been marked down. More than that, U.S. debt won’t seem quite the collateral it used to be. There will be an impact on the repo markets – where banks lend to each other every day — assuming the collateral is USDA Grade A. USDA Grade B may work in U.S. beef markets but overseas lenders may have a beef with collateral less than prime.

Left out is the impact on state finances, including the bonds they regularly float to cover pension payments. U.S. federal finances will eventually recover: with the states, it’s anyone’s guess, since they are priced off the reputation of the U.S. government..

The debt world is a funny old place, where pieces of government-issued paper still have value for all eternity.

For example, Germany make good on the last of its much-reduced WWI reparations in 2010; Britain paid off its last Lend-Lease obligations  to Canada and the U.S. in 2006 It has yet to pay off all its WWI debt.

And creditors are still pursuing Argentina … and Imperial Russia, and Nationalist China.

Let’s let David Frum have the last word: “One thing I can’t figure out: will Congress’ decision to rebrand the US as a banana republic be bullish or bearish for banana futures?”

Has Austerity Gone Too Far?

Why Not Convert Greek Debt to Equity?