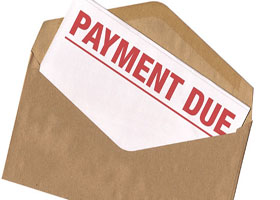 It’s spring, and an unexpectedly warm one for Canadians used to short bursts of mild weather sandwiched between freezing cold and scorching heat in what Jacques Cartier famously called “the land God gave to Cain.”

But spring is also budget time, as government fiscal years end. Canada has weathered the financial crisis surprisingly well, but the bills, if not coming due, are coming in for a reckoning. The choice still seems to be between freezing cold and scorching heat, in other words: austerity or taxes.

Higher taxes seem to have become anathema in Canada since the mid-1990s, when Ottawa and the provinces had the hand of their ever-inaccurate fiscal forecasts forced by credit-rating agencies to implement a form of austerity. At least federally, however, both Fitch and Moody’s have said there is no need for swingeing cuts from Ottawa this time around.

It’s a different story in the provinces, most particularly Ontario, which faces a $16 billion deficit driven not least by a collapse in manufacturing combined with the insatiable maw of health expenditures, as retired TD Canada Trust economist Don Drummond has noted. And he has a point: exports won’t save the economy as they did in the 1990s, not given a weakened U.S. consumer. As a result. Ontario seems to be one of the few provinces likely to go down the road of 1990s austerity once again. And taxes are off the table.

Or are they? Toronto may provide a base case. In an interesting turn of events, supporters of Mayor Rob Ford’s plan to extend the stub Sheppard subway to Scarborough Town Centre have actually proposed tax increases. The message seems to be if you want something, you’ll have to pay it forward.

But how much? That leads us to an interesting U.S. debate. Allan Meltzer,  a professor of public policy at the Tepper School, Carnegie Mellon University and a visiting scholar at Stanford University’s Hoover Institution, has suggested that income inequality is not the result of tax policy. “The U.S. and Sweden, countries with very different systems of redistribution, along with the U.K. and Canada show the largest increase in the share of income for the top 1%.

“The main reasons for these increases are not hard to find. Adding a few hundred million Chinese and Indians to the world’s productive labour force after 1980 slowed the rise in income for workers all over the developed world. That’s the most important factor at work. The top 1% gain relatively because they are less affected by the hordes of newly productive workers.

“But the top 1% have another advantage. Many of them have unique skills that are difficult to replicate. Our top earners include entrepreneurs, rock stars, professional athletes, surgeons and lawyers. Also included are the managers of large international corporations and, yes, bankers and financiers. (Interestingly, the Occupy movement seldom criticizes athletes or rock stars.)”

So it’s the market that counts. In response, Bruce Bartlett, an economic advisor to President Reagan’s government, says: “No one is suggesting that the United States go back to the top rate of 50 percent that prevailed during most of Ronald Reagan’s administration, let alone the 91 percent rate of Dwight Eisenhower’s. But it’s clear that there is going to be continuing pressure to raise rates on the wealthy as long as the budget deficit remains a problem.

“If, as Professor Meltzer has shown, the rich get richer regardless of the tax rates, there is no economic reason not to raise the top rate. Perhaps unwittingly, his research confirms that of other economists who say that we could get substantial additional revenues even if the top rate doubled.”

Why should this matter? Well, austerity is bad for business. It certainly hasn’t helped the Greek or Irish or British or Portuguese or Spanish economies, all of which are contracting, and as they do, magnify debt problems. Perhaps more importantly, austerity hits top-line growth. As value investor James Montier remarks in a recent piece: “When we look at the drivers of today’s high proﬁt margins, we find fiscal deﬁcits behind the high proﬁt margins of many countries. There is nothing ‘wrong’ with this per se, but it does suggest that moves toward fiscal retrenchment will bring margins back toward more normal levels. It seems unlikely that ‘this time is different’ when it comes to mean reversion in margins: what goes up must come down. “

So higher marginal tax rates, at least for individuals, might help alleviate some of the blow from public retrenchment by reducing its scope. It certainly doesn’t seem that it would to hurt. As a U.S. legislator once said, $1 billion here, $1 billion there, soon you’re talking about real money. Now where to find it.

Anatomy of a Depression

A survey on employee attitudes towards remote working was the most-read story on BenefitsCanada.com over the last week. Here are the five most popular news stories...

Why should defined benefit pension plans invest in Canadian equity markets at all? It’s a question many DB plan sponsors began asking themselves in the...

Efforts by central banks to reduce inflation could spark a global recession, according to a new report from the World Bank. “If the degree of...

An article on Canada’s ranking in retiree well-being was the most-read story on BenefitsCanada.com over the last week. Here are the five most popular news stories...

A majority (88 per cent) of benefits plan sponsors are very (34 per cent) or somewhat (54 per cent) satisfied with their organization’s virtual health-care...

When it comes to educating women about retirement and their finances, the needle hasn’t moved enough in the past few decades because the language being...

Defined contribution pension plan members in the U.S. are committed to saving and investing, as only two per cent stopped contributing to their plan in...