SURVIVING THE HURRICANE: WHAT HAPPENED IN THE QUANT MARKET?

In March 2018, Mackenzie announced the appointment of renowned quant investor Arup Datta and his team, signalling its intent to establish a worldclass quant boutique based in Boston. In May 2018, the firm launched a suite of emerging markets (EM) products. Little did anyone know these strategies were launching directly into the path of a hurricane for quant managers. To say the last three years have been challenging for quants is an understatement. Throughout the industry, performance has struggled, assets under management (AUM) have declined, and many venerable firms have closed. Yet, through it all, Datta and his team have thrived, and Mackenzie’s AUM in quant strategies have risen to nearly $5 billion. Today, the storm has passed, and Datta and his team believe favourable tailwinds for quants have arrived. 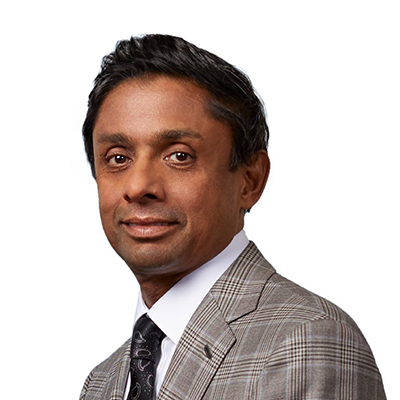 “We have built our own proprietary risk model, which served us well last year because we believe it’s better at predicting risks for our strategies than off-the-shelf risk models.

LOOKING BACK OVER THE PAST FEW YEARS, THE MARKET HAS BEEN CHALLENGING FOR QUANTS. WHAT HAPPENED?

For almost all quants, value is part of the fabric of how they invest. Quants also tend to tilt toward lower-cap stocks. When growth markets thrive, value and small-cap stocks tend to suffer. This was true when I faced the internet bubble in 1998–1999, the global financial crisis in 2007–2008, and again in recent years. Strong growth markets made it difficult for many quant strategies, and the pandemic only exacerbated this.

WHAT SHOULD QUANTS LEARN FROM THIS “HURRICANE” EVENT?

What quants should learn from this – and it’s something I’ve always believed in – is that it’s important to take a core approach that incorporates value, growth and quality into the process. With a good balance of ideas, quant managers have a better chance of succeeding in every environment.

Also, we spend a lot of time focused on back-testing to see how our models would have done through past crises to help ensure we deliver consistency. It’s very important to build an all-weather strategy to have success in various market environments.

YOU’VE LAUNCHED MULTIPLE STRATEGIES ACROSS THE GLOBE SINCE YOU JOINED MACKENZIE. HOW HAS THE FIRM SUPPORTED YOU TO HELP MAKE THAT HAPPEN?

Quantitative models take about six months to develop – then you launch strategies. Launching a full line-up of global and regional strategies in two and a half years was only possible in a firm like Mackenzie, which sourced seed money of up to $400 million for some of these strategy launches. Just as important, Mackenzie believes in a boutique structure of investment management. Each team is able to do its own thing, but we enjoy the benefits and support structure of a large, well-known Canadian firm. They’ve helped me grow my team to nine people, and they pay senior portfolio managers based on performance to align our interests to the investor. They also understood the past few years have been challenging for quantitative investing and continued to help me sow seeds for the future by launching new strategies.

HAS YOUR APPROACH EVOLVED OVER THE YEARS?

My basic theory has not changed, but the details keep evolving. For example, historically, we focused primarily on the trajectory of analyst forecasts when evaluating a growth stock – along with checking that it was good value and good quality. Now, we look beyond the individual company. We want to know if estimates are going up for similar companies, and we define peers in many different ways. We have made major headway in this area at Mackenzie.

We’re also spending more time on ESG (environmental, social and governance) because ESG data is better now and most stocks report it. Our approach is not to focus narrowly on a few sectors or industries – like solar power – but to look at how a specific company compares to its peers on ESG factors. Incorporating ESG into our stock selection process helps to add value in all regions of the world.

THE FIRST STRATEGY YOU LAUNCHED AT MACKENZIE FOCUSED ON EM. WHAT’S HAPPENING IN THAT SPACE NOW THAT YOU’RE APPROACHING THE THREE-YEAR MARK?

We have done very well in EM over the past few years, which hasn’t been true for many quant managers. A dominant force in EM is China, which represents about 40 per cent of the MSCI Emerging Markets Index, so we have built a Chinaspecific model. For investors, China is very different from other technologyheavy EM countries such as South Korea and Taiwan. One key difference is that value typically works less well there, so we have tilted toward growth for China. Also, the Chinese market is evolving. When I started investing in EM more than a decade ago, we could not access China A-shares. Since 2016, we have been able to access A-shares through the Hong Kong–Shanghai and –Shenzhen connectivity. Back then, the power of quant models was half as good for A-shares compared to H-shares, because systematic approaches didn’t work as well in mainland China’s retail-driven market. That didn’t deter us as we believed the markets would converge given institutional entries into A-shares like us. Five years later, the quant models work equally well in both markets and we believe we have that captured correctly in our EM strategy.

HOW HAVE YOU MANAGED RISK THROUGH THE PANDEMIC?

Successful quant managers stay in tune with their portfolio risk through custom risk models. We have built our own proprietary risk model, which served us well last year because we believe it’s better at predicting risks for our strategies than off-the-shelf risk models.

When the markets were sinking from mid-February to mid-March 2020, we quickly assessed the data to identify the industries that were most affected, such as airlines and real estate investment trusts (REITs), and we’ve been handson in those areas over the past year. Early on, we avoided buying them altogether. A month or two later, we allowed ourselves to buy up to half the weight. In the past three or four months, we’ve allowed ourselves to buy at full weight. It’s a human overlay to a quant process that we rely upon during volatile environments. That’s where we’re similar to a fundamental manager.

Also, we look at every trade, which most quant managers don’t do. The quant model suggests a trade, and then we vet it to make sure the data behind it is correct and complete. That human override was put to the test far more over the past year and benefited our strategies.