WHAT ROLE CAN INVESTMENT MANAGERS PLAY IN THE CLIMATE TRANSITION?

The road to climate transition has become the focal point of several sectors over the past few years, and the financial sector is no exception. Entrusted by clients to add value and generate compelling returns, investment managers have a unique opportunity to make a difference by supporting companies that are working to achieve their emissions objectives, according to Roger Beauchemin, president and CEO of Addenda Capital. Ultimately, he says, this path will lead to positive outcomes for companies and the people they employ, as well as future generations of Canadians. 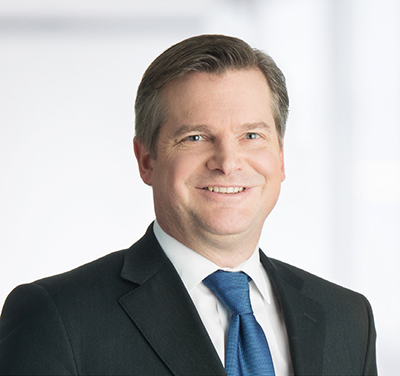 “Using the portfolio to help change the Canadian economy for the better from a climate perspective, and also to improve businesses and jobs in communities where they operate.

HOW DO YOU ENVISION THE ROLE THAT INVESTMENT MANAGERS CAN PLAY IN THE CLIMATE TRANSITION?

At Addenda, we broaden our fundamental analysis to include material extra-financial factors, and climate is one of the areas we look at. When considering the climate challenge, we recognize that it has both opportunities and risks. Those can be very material to some companies and less material to others. It influences our long-term view of these companies; therefore, we try to engage with management to understand what their strategy is and urge them to see that this may be very material for them. That conversation incites companies to react and plan accordingly. It can influence the way capital gets aligned.

WHAT WOULD YOU SAY TO THOSE WHO WOULD RATHER CONSIDER DIVESTING ASSETS, AS SUGGESTED BY PROPONENTS OF THE MOVEMENT WE HAVE SEEN?

We know people have an ethical, values-based point of view on this and, for them, divesting makes sense. They simply don’t want to be associated with it. That is fine but, from our perspective, if the objective is to mitigate the worst possible outcomes of climate change, we have to use all the tools available.

That means engaging with the companies in which we invest and getting them to recognize the challenges we face and the role they can play. It means engaging in a dialogue with policymakers to reinforce the view that this is an important longterm financial and economic issue, not just an environmental issue.

From a portfolio construction point of view, you don’t have to exclude companies based solely on their industry. As a fundamental active investor, you can make decisions about what the long-term prospects are for certain companies and the businesses they are in, and review how they’re dealing with climate-related challenges. And you can change what you own over time if companies aren’t making the strides you expect them to make to be resilient.

CAN IMPACT INVESTING, SUCH AS WHAT ADDENDA HAS BEEN DOING FOR A FEW YEARS, ALSO CONTRIBUTE TO THE TRANSITION?

In the impact investing work we do, we have determined that one of the challenges we can help address is climate change through the reduction or avoidance of greenhouse gas (GHG) emissions, and we’ve identified three areas that are helping to do that: energy efficiency, clean transportation and renewable energy. Those parts of theeconomy need capital to help with the transition, so we need more of those things for us to meet our net-zero societal objectives. So, impact investing is one piece of the puzzle alongside the other approaches, such as getting the buyers of electricity to recognize they want their electricity to be clean or getting cities to recognize they want to get as many people as possible on mass transportation that is electrified.

Through impact investing, you’re pretty well entirely focused on positive outcomes and being the solution. But that alone doesn’t solve the problem. The real world is rarely simply black or white. There’s a huge grey zone, and that’s where the hard work is. It’s getting companies to lower their emissions, which is the transition element. It’s one project at a time. Is the company overall the kind of company people feel good about getting involved with? Not necessarily, but maybe them launching a certain project can result in a big change. If you can close plants or change processes that are highly carbon-emitting and replace them with something that is a lot less so — that is how you win the battle.

COULD YOU GIVE AN EXAMPLE OF WHEN ENGAGING WITH A COMPANY YIELDED PARTICULARLY TANGIBLE RESULTS?

There is a large Canadian transportation company that we have met with several times since 2016. One of the things we encouraged them to consider was setting a science-based GHG emissions reduction target. They’ve became one of the first Canadian companies to set such a target. We asked them to do this because we thought they were one of the most likely to adopt that sort of rigorous target. We can’t claim responsibility for it, obviously, but they do have a target now. It’s the sort of business we need. Through these sustained discussions, we’ve provided them with what we think are important issues for them to tackle from a climate point of view and, in turn, they’re showing leadership not just within their industry but also within corporate Canada.

We engage with management not in an adversarial way, but because we recognize, for their own business, that they must act. For the planet and for their long-term viability, they need to consider how important these issues are and design a strategy to mitigate them. There are going to be management teams with whom these types of discussions will be confrontational, because not all teams will understand the importance of the issue for their long-term success. So, at some point, you may sell because that company becomes exposed to too much risk. But, ultimately, it is with a view to being onside and saying, “We want you to succeed.” Using the portfolio to help change the Canadian economy for the better from a climate perspective, and also to improve businesses and jobs in communities where they operate — we think this is a powerful and much better approach.