“Make a little bit of money a lot of times,” is how Rick Rieder, BlackRock’s, Chief Investment Officer of Global Fixed Income, sums up his team’s approach to managing risk — and it’s become an especially important mantra to follow in an environment shaped by volatility, uncertainty about the U.S. Federal Reserve’s next move, and what Rieder describes as “the greatest cost revolution of all time.” 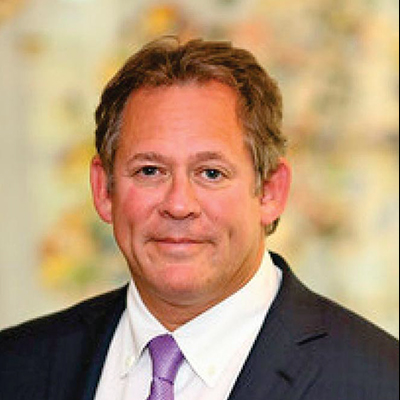 WHAT FACTORS DO YOU BELIEVE ARE RESPONSIBLE FOR THIS YEAR’S MARKET VOLATILITY?

For five years, central banks have been providing tremendous liquidity. When you do quantitative easing globally, volatility drops because the markets anticipate central banks will keep moving until the problem is solved. Now central banks, including the European Central Bank, Bank of Japan and U.S. Federal Reserve (Fed), are reducing their quantitative easing programs. But something very interesting is happening in the United States: as they’ve reduced the quantitative easing program, the U.S. Treasury has been issuing a tremendous amount of debt, which drains liquidity from the system. That lifts short-end interest rates. It also shifts the dollar higher, which slows down global trade and emerging market growth and increases market volatility.

IS THE VOLATILITY TEMPORARY AND ISOLATED TO SPECIFIC ASSET CLASSES, OR PART OF A BROADER TREND?

It isn’t isolated to specific asset classes, but points of vulnerability will experience significantly greater volatility than the broader market. That has played out in countries with big U.S. dollar liabilities, like Argentina and Turkey, and among large borrowers with uncertain cash flow growth, like Italy. It can also affect individual companies anywhere in the world if they have direct U.S. dollar liabilities to fund.

WHAT DEVELOPMENTS IN THE ECONOMY ARE YOU WATCHING CLOSELY?

We are in an extraordinarily different time period in terms of inflation, and particularly inflation relative to wage growth. In this economy, commerce in the world is shifting in a radical way. It has become more technologyoriented and, as a result, I think we’re seeing the greatest cost revolution of all time in terms of companies being able to provide goods and services at cheaper prices. Our view is that an unemployment rate just over 3% will increase wages, but we’re not certain it’s going to translate into pricing power for companies, due to the impact of technology. So, what happens to wages won’t necessarily translate into inflation. We’re watching closely, though, because that’s what’s going to affect interest rates more than anything else.

WHAT WILL THE IMPACT BE IF THE FED CONTINUES TO RAISE INTEREST RATES?

Most major economists1 believe the Fed’s going to raise interest rates four times in 2019. I have a non-consensus view and don’t believe they will raise interest rates as much as expected because we’re already seeing pressure on the housing market, the auto finance market, some small business lending markets and the financial markets. I think the Fed will pause at some point over the next quarter or two to re-evaluate. And because of the economic links between Canada and U.S., we expect the Bank of Canada to mirror the Fed — and likely pause sooner as the Canadian consumer carries a significantly higher debt burden. That’s not reflected in the markets today, but it will have a big impact.

HOW ARE YOU RESPONDING TO MARKET CONDITIONS IN BLACKROCK’S FIXED-INCOME PORTFOLIOS?

In fixed income, there are years where you try to generate high levels of return, and then there are times when you just want to protect the downside. Where we think you can create a consistent return right now is the front end of the yield curve. The markets have priced in the Fed moving aggressively over the next several years and now front-end interest rates in the U.S. particularly are close to 3%. Canada also exibits a similar profile. If you can generate consistent earnings at the front end, why own long-end interest rates — unless you have an insurance or pension funds’ liability? You get all the yield on the front end with the yield curve this flat. We’re buying secured assets with two- and threeyear average maturities to generate a positive return in this environment.

WHAT OTHER OPPORTUNITIES ARE YOU FINDING IN THE CURRENT ENVIRONMENT?

Because the U.S. Treasury is issuing so much debt, we can buy short-term assets with high cash flow and without credit risk, interest rate risk or yield curve risk. Commercial mortgages, non-agency mortgages and parts of the Collateralized Loan Obligation (CLO) market are very attractive. Also, with the recent volatility, some emerging markets have become attractive. And, because of rising yields and widening spreads, some investment-grade credit is interesting again after a long period of being unattractive.

WHAT IS YOUR APPROACH TO MANAGING RISK?

We aim to make a little bit of money a lot of times. We don’t take very large active bets, particularly with liquidity difficult and markets volatile. Instead, we keep diversification high, manage correlations and optimize the return for each asset we hold. We don’t try to hit a home run, but each asset in the portfolio has to add value, whether it’s helping with diversification or hedging or something else. We repeat our process over and over again to create a consistent return over long periods of time. To do this you have to scour global fixed income markets to find these opportunities. In relatively small fixed income markets, such as Canada, a home bias is a severe handicap.

“WE AIM TO MAKE A LITTLE BIT OF MONEY A LOT OF TIMES. WE DON’T TAKE VERY LARGE ACTIVE BETS, PARTICULARLY WITH LIQUIDITY DIFFICULT AND MARKETS VOLATILE. INSTEAD, WE KEEP DIVERSIFICATION HIGH, MANAGE CORRELATIONS AND OPTIMIZE THE RETURN FOR EACH ASSET WE HOLD.”

HOW CAN ACTIVE FIXED-INCOME MANAGEMENT HELP INSTITUTIONAL INVESTORS GET THE RESULTS THEY NEED FROM THEIR FIXED-INCOME ALLOCATIONS?

We’ve been able to beat the fixedincome indices almost every year by a significant amount,2 and it’s because much of what goes into an index doesn’t add value and does add risk. Today that’s the long end of the interest rate curve, but a couple of years ago, it was the short end. So, every year there’s an opportunity to reduce exposure to parts of the index that are not valuable to your portfolio or will hurt your return. Eliminating unattractive parts of a heterogeneous market can create a consistent, index-beating return.