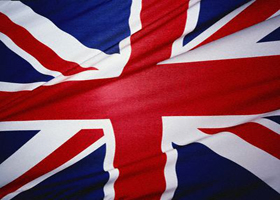 The total amount, which includes funded and unfunded pension plans, is made up of 5 trillion pounds of government obligations and 2.1 trillion pounds from private employers, the ONS said in a statement today. The study is the first time gross pension liabilities have been presented this way, the ONS said.

Longer life expectancies coupled with the financial crisis, which caused two recessions and record low interest rates in the U.K., have hindered pension funds’ ability to meet their liabilities over the past five years. As most FTSE 100 (UKX) firms have stopped offering employees final salary pension plans, the government this year will push more people to save by setting up an automatic enrollment pension plan, which requires employees to opt out rather than opt in to saving for retirement.

Obligations for unfunded public pension plans were about 900 billion pounds at the end of 2010, or 58 percent of GDP, according to the ONS. That compares with about 52 percent of GDP in 2007, the ONS said, citing a European Union estimate.

How can pension plans position for potential deflationary or inflationary scenarios?