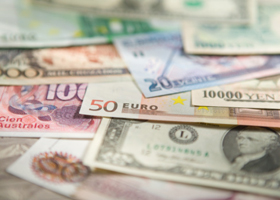 The breathtaking growth observed in the emerging world over the last decade should have been accompanied by the appreciation of emerging currencies against developed ones. However, heavy intervention by central bankers in the emerging world have kept emerging currencies undervalued, resulting in widening global economic imbalances between emerging countries and developed countries. Emerging economies are benefiting from current account surpluses and sound fiscal positions while developed economies are saddled with current account deficits and deteriorating fiscal balances. The only way to bring the global economy back into balance is for emerging countries to allow their currencies to rise against their developed country counterparts. Unfortunately, monetary authorities in the emerging world seem to be in no hurry to let their currencies appreciate.

Time is running out for governments in the developed world. They have less than ten years to restore their fiscal balances before fiscal deficits shift definitively on an explosive path due to an ageing population. To avoid such an outcome, governments in developed countries will have no choice but to make large fiscal adjustments over the coming years while their economies are still growing.

This fiscal austerity will significantly depress economic activity in the developed world over the next decade.  Governments will have to cut spending and increase revenues by a combined 6% of GDP between 2010 and 2020, a fiscal adjustment of around 0.6% per year. This amount doesn’t sound like very much, but it is significant because we expect economic growth to slow markedly in the developed world even without fiscal austerity. Tightening efforts on the fiscal front will act as an additional source of drag on growth.

A lower growth environment points to lower returns from all asset

classes to various degrees. Based on our forecast, the future won’t look like the past. Using a traditional asset mix, instead of getting the 10% annual returns observed over the last two decades, pension funds are likely to get around 5%.

Pension funds will have to work a lot harder to get the growth in assets they expect. Here are some issues to consider:

– Pension funds have to start working with different risk metrics.  Emerging markets are risky, but one could argue that the developed world is getting even riskier.

– Last but not least, regional allocations will make a huge difference in performance.