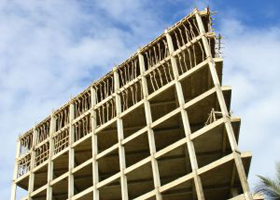 Many global investors view the countries on the African continent as homogenous. This leads to blanket assumptions about trends, suggesting the different countries have similar characteristics. While this may be true in certain instances, there are also many differences.  One only has to consider unrelated political events across the continent such as the Arab Spring in Egypt in 2011 to the post-election violence in Kenya in 2007 and 2008 to see that the landscape is far from uniform. The reality is that the continent is a collection of 54 sovereign countries, with between 1500 – 2000 official languages and with over 1000 businesses listed across multiple stock exchanges – in fact, the continent could not be more diverse.

What is consistent across these disparate countries and businesses is the fact that African equity markets can be prone to big swings in investor sentiment – not unlike developed equity markets.   We think that the price volatility resulting from short-term news, political events or economic cycles can create opportunities to buy companies for less than they are worth. This contrarian investment approach (investing in a manner that differs from the conventional wisdom, when the consensus opinion appears to be wrong) can be applied when investing in any market globally, but investing across multiple African equity markets enhances the likelihood of finding attractive investment opportunities at any given time. To put this into perspective, let’s look at a few recent case studies.

In early 2013, Egypt was going through one of the most tumultuous periods in recent history. President Mohammed Morsi had seemingly lost popular support and street protests erupted across Egypt. During this period, investor sentiment towards Egypt was exceptionally negative and many Egyptian stocks were trading below their intrinsic value as investors exited the market. This offered an opportunity to buy good quality businesses at discounted prices. Investor sentiment turned dramatically after the military ousting of President Morsi in July 2013, and the pledge of over US$12 billion worth of aid from the Gulf region. The EGX30 index has returned 68% for the 12 months to 30 September 2014, making it one of the best-performing market in Africa this year. (click on image to enlarge)

Investors are currently very negative about Zimbabwe, and we agree that there is much uncertainty. Historically, most of the country’s revenues had come from tobacco and maize farming as well as mining. President Robert Mugabe’s land redistribution reforms in the late 1990s/early 2000s led to a sharp decline in food production and economic productivity; and the subsequent record-setting hyperinflation brought the economy to the brink of collapse in 2008. The economy started to recover after dollarization in 2009, but the pace of the economic recovery has slowed down in recent months. Donor funding and foreign direct investment have been limited by concerns over the inevitable political succession and an investor-unfriendly indigenisation policy. Over the short-term, the country is facing a precarious external position with limited capital inflows and tight US$-liquidity which has depressed consumer spending.

On the positive side, Zimbabwe may be viewed as a pariah state today, but the most precious resource of any country is its human capital and Zimbabwe has the highest literacy rate in Africa at over 90%. The management teams that we have met have learnt to adopt and navigate through numerous challenges – going back to the hyperinflation years. Zimbabwe is recovering from a lost decade, so company earnings are more than likely below, rather than above, normal. In addition, investors can buy businesses at very low valuations as the market is placing a low multiple on below-normal earnings.  We think this can result in attractive opportunities for patient and diligent investors. Examples include stable, dominant businesses such as the leading telecom provider and brewer which trade at depressed valuations both in absolute terms as well as relative to similar businesses in other parts of the continent.

In conclusion, rather than applying blanket themes and assumptions and looking to invest in “countries”, we believe that investors are best served by looking to identify “businesses” trading at valuations below what they are worth. The diversity of Africa, from a political and economic standpoint, will often provide instances where individual companies will be discounted by investors.  Consequently, this is why we believe that Africa presents a compelling opportunity set for contrarian investors with a long-term orientation.

The Economic Impact of Ebola

Investing in Africa: What is the Right Approach?