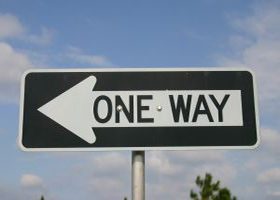 In January 2009, Yale’s CIO called the community of hedge fund-of-funds (HFoFs) “a cancer on the institutional investor world.” He also went on to say that these intermediaries…

“…facilitate the flow of ignorant capital. If an investor can’t make an intelligent decision about picking managers, how can he make an intelligent decision about picking a fund-of-funds manager who will be selecting hedge funds? There’s also more fees on top of existing fees. And the best managers don’t want fund-of-fund money because it is unreliable. You need to be in the top 10% of hedge funds to succeed. In a fund of funds, you will likely be excluded from the best managers.”

Ouch. That’s pretty bad. When the architect of the “Yale Model” and the acknowledged guru of institutional investment says you’re a cancer, you know you’ve got problems. And, as it turns out, that seems to have been the case for HFoFs these past two years.

In the past two months, two rather interesting reports have been published on the decline of  HFoFs. An aiCIO article entitled “The end of 3 and 30” was really compelling. And, yesterday, Citi published a new study entitled “The Growth and Impact of Direct Investing,” which offers survey results that show institutional investors giving up on HFoFs and making investments in hedge funds directly. Here’s a blurb from the latter:

“The shift to direct hedge fund investing has been dramatic since the global financial crisis — particularly among larger pensions and sovereign wealth funds…The roots of this shift in investment approach had begun around 2006–2007. Larger pension funds and early sovereign wealth fund investors had gained exposure to hedge funds via traditional fund-of-fund managers earlier in the decade but, for economic and diversification reasons, had opted by mid-decade to build out their own capabilities to select and manage their hedge fund portfolio. The global financial crisis and Madoff scandal accelerated the move toward direct investing, particularly as a second wave of sovereign wealth money began to enter the market.”

I’ve been writing about direct investing for a while, and, in my view, the case for in-sourcing hedge fund allocations is a strong one. (Given Swensen’s comments, it’s not like I’m going out on a limb here.) You save a ton on fees. You have more control over your assets. You have a better understanding of your fund’s exposure. In short, I’d expect the trends shown below to continue on in the same direction (click on the image to enlarge).

Six in 10 (60 per cent) U.S. employees say they’re more likely to stay at their current job if their employer offers a retirement savings...

87% of employees have experienced burnout over the last year: survey

More than eight in 10 (87 per cent) employees have experienced burnout over the last year, with the number increasing to 89 per cent among...

In March 2020, Bill Gosling Outsourcing’s benefits plan was facing unsustainable costs, as well as a deficit due to incoming premium increases. The coronavirus pandemic,...

More than three-quarters (77 per cent) of Canadian employees face a moderate (45 per cent) to high (32 per cent) mental-health risk, according to LifeWorks...

Slightly more than a third (35 per cent) of U.S. institutional investors are incorporating environmental, social and governance factors into investment decisions, down from a...

The Association of Canadian Pension Management is calling on the federal government and capital accumulation plan sponsors to support members’ financial wellness by focusing on...