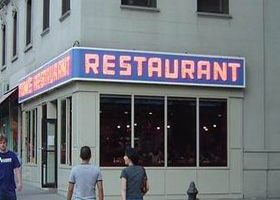 Why is it that the community of long-term investors, such as public pensions and sovereigns, can’t seem to extend their time horizon beyond 3-4 years? For a unique answer, I’d like to turn to comedian Jerry Seinfeld, as he has a rather astute observation that may help us understand how inter-generational funds get bogged down in annual and even quarterly returns:

It’s a hilarious bit because we’ve all been there; it’s human nature to let the ‘Night Guy’ in all of us discount the interests of our ‘Morning Guy’. Night Guy reads that extra chapter; he watches another show on TV; he has another drink at the bar; etc. Why? Because it’s Morning Guy who ultimately pays the price. Night Guy is, in effect, maximizing his short-term utility at the expense of his long-term utility. And we all do it.

Now, let’s (try to) bring this back to institutional investment. Night Guy ultimately represents today’s generation of portfolio managers — they are naturally inclined to focus on returns over a short time horizon in order to maximize their own compensation. However, this behavior deviates from the long-term interests of the fund, which is represented by Morning and Day Guys. So the question then is how we discipline Night Guy (today’s employees) so he behaves in accordance with the interests of Morning and Day Guys too (the organization as a whole).

As you might expect, I think it’s all about governance. And, in particular, I think the compensation strategy (which I include under the umbrella of governance) is paramount. Why? Ensuring alignment of interests is all about getting the right mix of incentives to extend the individual’s time horizon as far into the future as possible.

But that’s easier said than done, which is why I was so tired getting out of bed this morning…

Why Public Pensions Should Partner