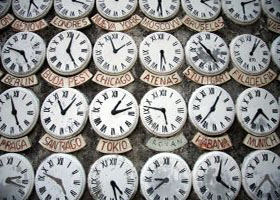 In the three-factor model, beta is the market return (the CAPM return of the market over the risk-free rate) while value and size represent additional sources of return. Fama and French use a truncated period, 1990 to 2010, in which to examine global stocks, in order to dampen a bias towards big stocks that would ensue from using a longer time frame where price data for small stocks is lacking.

They find that neither a three-factor, nor a four-factor model is adequate to the pattern of returns and instead propose a six-factor model, one that splits value and momentum according to size. That seems a better fit to the data – except for micro-caps.

They find no evidence of a small-cap premium. But the value phenomenon persists, even in Japan where the market beta is negative. Contradicting past research, the premium for small-cap value stocks is higher than the large-cap value premium – except in Japan, where they are the same.

Similarly, momentum persists, and is stronger for small-caps – except in Japan.

Because momentum is stronger for small-caps, that also leads them to reject adding momentum to create a global four-factor model.

A second part of their paper is to determine whether global factors are at work, or local ones. They find little support for a global asset pricing model. Instead, on a global basis, large-cap growth is what provides the excess returns in their model, contrary to observed patterns.

A four-factor model would suffice, they note, were it not for the performance of micro-cap stocks. But not in all regions. Still, a six-factor model fails to explain return patterns in the Asia-Pacific region. And then, as usual, there’s Japan. “We can’t reject global CAPM, three-factor, four-factor, or six-factor pricing for Japan, but in economic terms, the global models fail badly for Japan.”

So much for global models. Do regional models have more explanatory power?

“In sum, local three-factor models are passable stories for average returns on local size-B/M portfolios in Japan and Europe,” Fama and French write. “Subject to a caveat about low precision, the local six-factor model is the choice for Asia- acific. Microcaps do not have a special role in the local models for Japan, Europe, and Asia Pacific, but microcaps are important in the rejections of all local models for North America. Microcaps aside, the local four-factor model does a reasonable job explaining average returns on the North American size-B/M portfolios, and it is tempting to conclude that North America is an important contributor to the similar conclusion from the earlier tests of global models on global size-B/M portfolios.”

Takeaways: local factors, not global ones, explain regional stock outperformance. And size doesn’t matter. Value does. So do microcaps – though those are probably too small for institutional investors to get a decent weight in.

Asset Allocation of the Stars