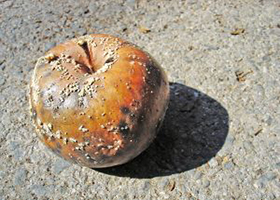 I had the distinct pleasure last week of attending and participating in a symposium for institutional investors called the first annual Niagara Institutional Dialogue.Â  There were many excellent panels and presentations which sparked a lot of discussion among participants. I am going to report on two that seemed to be relevant in very different ways.Â  This is not to say they were the best or most interesting presentations-they simply struck me as being a propos to issues that interest me.

The first was by a senior adviser to the SEC, Dr. Richard Bookstaber.Â  Some of you might know him as the author of the excellent, best selling book A Demon of Our Own Design: Markets, Hedge Funds and the Perils of Financial Innovation. Rick comes with a wealth of experience (as did all the speakers). He has worked on both the sell- and buy- side of Wall Street.Â  He has been an academic, a head of risk management, a head of trading, run a hedge fund and been a quant manager at many of the most prestigious firms in the US. He has consulted to the CPPIB on its risk management culture. So when he speaks, I listen.

Rick made an unusual reference to Greshamâs Law and proposed a corollary.Â  Greshamâs Law (not really a law) suggests that good money is driven out by bad.Â  For example, when the Canadian Mint stopped minting silver Quarters because the silver ones had become worth more than 25 cents due to the escalating price of silver and started issuing nickel and copper ones instead, silver quarters quickly disappeared from Canadian change as people started hoarding them.

Rick restated Greshamâs Law to say imprudence drives out prudence. He was referring to the paradox that while everyone on Wall Street knew that synthetic CDOs for example, were destined to implode; no one could refuse to deal in them because there were always some investment banks that would. Therefore, not to deal meant passing up significant profits and thereby giving competitors an economic advantage.

Bookstaberâs Law as I shall name this insight, gives us a means to judge the new regulation that is being proposed in the US Congress. The Obama administration is crowing that this is the most significant overhaul of Wall Street since the 1930s. I am not so sure.

Take the Volker Rule which I wrote about in an earlier blog entitled âHedge Fund Managers High Five Obamaâ. The rules proposed by Volker were emasculated by the Senate negotiators. As well, regulators have been effectively removed from writing the language of the Bill, thereby leaving it up to conflicted politicians.

Clearly the powerful investment banks have been spending huge lobbying dollars to kill any effective regulation. The same phenomenon is occurring in Europe. The banks are calling the tune.

Bookstaberâs Law is in effect.Â  Everyone knows itâs destined to fail, but no one is willing to potentially lose an advantage. Therefore they will continue to play the imprudent game.

As a sidebar, the one part of the reform package that does look meaningful is the establishment of the Financial Stability Oversight Council, a super-regulator that will monitor Wall Streetâs largest firms and other market participants to spot and respond to emerging systemic risks. The Treasury Department will lead the panel, which includes regulators from other agencies. In his remarks at the Niagara Dialogue, Bookstaber seemed to favour this council perhaps because it gave the power to the Fed and other more independent agencies.

With a two-thirds vote, the council can impose higher capital requirements on lenders or place broker-dealers and hedge funds under the authority of the Fed. The council also will have authority to force companies to divest holdings if their structure poses a âgrave threatâ to U.S. financial stability.

It remains to be seen what actually becomes law with this Bill and how much meaningful reform is actually achieved. But I thought Bookstaberâs insight was a wonderful nugget to take away from this symposium.

What is so smart about smart beta?