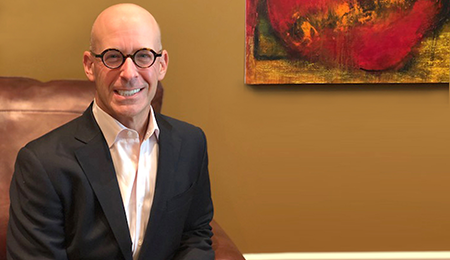 Several years ago, Wellington Portfolio Manager and Sector Specialist Michael Carmen and his team started noticing companies were staying private longer. Instead of going public with a $200 million market cap, as they often did 25 years ago, some were still private at a $50 billion market cap. Out of that insight, the team began investing in this relatively new asset class. Here’s why they’re so passionate about the potential for late-stage pre-IPO companies.

How can institutional investors benefit from exposure to late-stage pre-IPO companies?


We think late-stage pre-IPO can be a very lucrative category for institutional investors. These are generally highgrowth companies, and because we can do a deeper dive and have better relationships with management than we can in the public market, we can make investment decisions with a higher level of information.

What makes companies at this stage of development attractive?

You can get companies that have been “de-risked.” They have critical mass – many of the companies in this market segment are north of $100 million of revenues. They’ve likely achieved escape velocity. It’s typically not a question of viability. It’s really about determining the magnitude of the opportunity. To work that out, we do the same level of detailed analysis that we do in the public market, but one stage earlier in the private market.

What is motivating private companies to wait longer and get bigger before going public?

Companies want to stay private longer because they have the opportunity to perfect their strategy. Not having to report earnings each quarter gives them freedom to try new things, pivot, and change the model. The other essential element is availability of capital. The emergence of late-stage pre-IPO as an asset class enables companies to raise the funds they want. So it’s become a two-sided market. And our data show that companies that have a late-stage round and crossover investors generally have performed better than companies that didn’t.

Do you see this as a growing and sustainable sector? Or is there a temporary bubble of late-stage pre-IPO companies?

We are seeing solid companies with great business models and management teams in this market segment. People like to toss around the word “bubble,” but I don’t think what we see in this market is any different from what we see in the public market. There are times when the market is overvalued and times when it is undervalued. Meanwhile, the number of innovative companies growing from early stage to mid stage to late stage is as robust as we’ve ever seen. Last year, we looked at about 400 companies. Over the longer term, I think we’re going to see at least 1,000 companies a year and I also think we could get to a point where there won’t be a company that goes public without doing a late-stage round.

What sets your investment selection process apart? How do you pick the winners?

One of our big advantages is a hybrid approach that leverages our public market expertise and global industry analysts. In almost every situation, we have an expert within Wellington who has been covering the sector on the public side for five, 10, even 20-plus years. Also, I think we are true advisers to these companies, helping them make the trek from private company to public company. Often we get board observation rights, so we’re literally in the boardroom and can offer guidance as they hone in on what is going to be important to public market success: what business metrics they should focus on, what’s going to be a deal breaker and not allow them to become a public company, what they can get better at, what growth rate they need to achieve, and how they should be positioning their strategy for the public market. And they know our agenda is aligned with theirs, because Wellington has the potential to be a large shareholder of the public company over the longer term.

What happens if a company misses the opportunity for an IPO? How do you manage this risk?

That happens for market reasons or company reasons. On the market side, there are going to be times when the IPO window is closed, but that’s just a timing issue so I don’t think it’s a big concern. On the company side, we work with them to tweak what they’re doing to enable them to become public. For example, we invested in a software company model we thought was going to grow faster than it did. We helped the company work with their new reality and showed they were a sustainable business with the potential to grow at more modest rates over a longer period of time. They became public a year to 18 months later than expected at half the growth rate than expected, but the IPO did exceed expectations and the business model is as strong as ever. So, we need to be patient and strive to create the best outcome we can.

How do you manage other risks associated with investing in late-stage pre-IPO companies?

The key risk is that a company goes off the rails and it becomes clear it won’t ever be viable for them to be a public company. In those cases, we leverage our good relationships with board members and the management team to have intelligent discussions about the best outcome. Should we continue to run the business and raise more capital or should we start a process to sell the business? We’ve seen both over the last year. In one case, we’re confident the company is on the best path and we put more money in. In another case, we and the board members recommended a sale. We lost money but because we owned preferred stock, as we usually do, we had downside mitigation.

WHAT’S THE BEST PART OF YOUR JOB?
Developing relationships with the next generation of entrepreneurs.

WHAT’S THE FIRST THING YOU LIKE TO DO ON A SATURDAY MORNING?
Get a decaf latte and do a yoga class.

WHERE HAVEN’T YOU BEEN THAT YOU’D LIKE TO TRAVEL?
Antarctica.

WHAT BOOK ARE YOU READING– FOR WORK, PLEASURE, OR BOTH?
Robert F. Kennedy: Ripples of Hope by Kerry Kennedy.