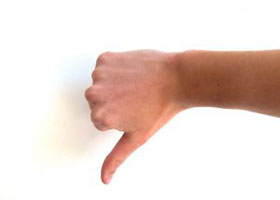 Consultations on allowing for voluntary individual contributions to the CPP won’t lead to any real help for workers worried about having a secure retirement income, the Canadian Union of Public Employees (CUPE) says.

“Another ineffective voluntary retirement saving scheme is not a solution for the over 11 million Canadians without a workplace pension,” says Paul Moist, national president of CUPE.

“The Conservatives’ scheme is nothing more than an election sideshow, meant to distract Canadians from what is really needed—a doubling of CPP benefits through modest, but mandatory increases in the contributions paid by both workers and employers.”

“The CPP is so successful precisely because contributions are mandatory, not voluntary,” says CLC president Hassan Yussuff. “Voluntary contributions would be more complicated and costly to administer, and, would leave workers behind when employers choose not to match increases.”

Ontario Associate Minister of Finance Mitzie Hunter says the federal government has no real interest in enhancing the CPP and “is only concerned with their short-term election prospects instead of providing a secure retirement for millions of Canadians.”

She adds that the province will continue to move ahead with the Ontario Retirement Pension Plan, which is scheduled to launch on Jan. 1, 2017.

Head to head: Should Canada implement a universal basic income?

Though the idea was coined by English philosopher Thomas More in his novel Utopia in 1516, several countries — including Canada — are considering how...

While renovation shows on television tend to take a sledgehammer to every surface in a house for dramatic effect, there’s another way. Defined contribution pension...

During the height of the coronavirus pandemic, the Ottawa Community Housing Corp. battened down the hatches and focused on addressing any absence management issues before...

Employers in the U.S. expect health benefits costs to rise 4.7 per cent on average in 2022 compared to 2021, according to a new survey...

Who are the winners of the 2021 Workplace Benefits Awards?

Benefits Canada is thrilled to announce the winners of the 2021 Workplace Benefits Awards. At a virtual roundtable and awards ceremony on Thursday, 23 finalists gathered to discuss their leading benefits and...

With the Delta variant leading the coronavirus pandemic in a renewed surge, employers continue to have a surplus of challenges, regardless of whether or not...

Bâtirente is appointing Vickie Lavoie as chief operating officer. Lavoie joined the Montreal-based pension fund in 2015 as an advisor to its business development group. In...