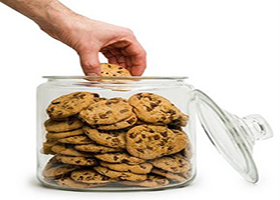 Institutional investors often hold minority stakes in companies where there are dual-class share structures or where the company is majority-owned by a parent company. Canadians are certainly familiar with some of these names: Sears Canada and Imperial Oil readily come to mind as majority-owned companies, Magna and Rogers as dual-share companies.

And dual-shares have a long history in Canada, at least since the end of the Second World War, report Stephanie Ben-Ishai and Poonam Puri, in the Dalhousie Law Journal circa 2005.

But the motivations have changed over time, from corporations finding non-voting shares a convenient way to offer deferred profit-sharing plans to employees; to companies seeking to abide by Canadian content rules or to avoid foreign takeovers, yet still raise capital abroad; to firms opening themselves to pension fund capital, so long as the foreign property limit constrained plan sponsors from investing more than 20% or 30% in foreign markets.

So they are historical constraints. Still, do minority investors have their eyes wide open – or wide shut – when they buy their holdings when the voting shares are stacked against them?

They start from the traditional views in the existing academic literature, namely:

“Corporate ownership structures such as pyramids, business groups, and dual class shares leave control in the hands of a limited set of blockholders – exposing minority investors to potential expropriation.

“Why, then, do minority shareholders participate in these arrangements? The prevailing academic view since Jensen and Meckling (1976) is that capital markets are efficient in the sense that minority investors foresee the possibility of expropriation by controlling shareholders. As a result, under this view, the share price that minority investors are willing to pay reflects their rational expectations of expropriation and other agency problems. And because outside equity is expensive, controlling shareholders will only raise equity capital from minority investors if there are commensurate benefits, such as attractive growth opportunities that the firm would not be able to finance otherwise.”

Their contrary case comes from Japan.

“It is common practice for large companies in Japan to list their subsidiaries on the stock market, while maintaining a controlling stake thereafter. Although subsidiaries are technically independent companies once they are listed, the potential for the expropriation of minority shareholders is immense. In a case study of NEC Electronics, we document how parent company NEC forced its publicly-listed subsidiary NEC Electronics to bear billions of dollars of wasteful R&D and capital expenditures on behalf of the parent company’s mobile phone line. But minority shareholders in NEC Electronics did not seem to have anticipated this kind of activity, and they earned post-listing returns that were well below those of the aggregate stock market, and well below the returns earned by shareholders of the parent company.”

Of course, Japan is not known for corporate activism, let alone corporate raiders who would unlock the value of publicly listed corporations.

Canadians named to advisory board developing transparency benchmark for pensions