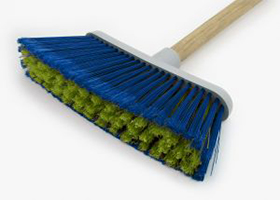 The bickering of politicians in the US and Europe is causing dramatic swings in exchange rates. Currency markets are telling them: “Stop your fighting and clean up this fiscal mess.” But politicians don’t seem to be getting the message. Maybe they just don’t understand what foreign exchange investors are saying.

In the diamond business, jewellers have come up with the five Cs to simplify buying an engagement ring. In the same spirit, this article outlines the five Cs of the currency markets: credibility, commitment, confidence, (un)certainty, and commodities. While these may be only some of the factors that underpin a strong currency, understanding these few criteria can help politicians figure out what they need to do better.

Central bankers have long understood that credibility is everything for monetary policy to be effective. Unless financial markets believe a central banker’s promise to keep consumer prices low and stable, the market prices of bonds will adjust today to reflect investors’ expectations of higher future inflation.

Credibility is also crucial for currency markets. Take a look at the US dollar. For years foreign exchange investors ignored the greenback’s blemishes and focused on its positive qualities.  With the negotiations over the US debt ceiling dominating the markets over the past month, these same investors have started asking some hard questions. Can the US control its spending? How can investors be sure the US will not resort to inflation to reduce its debts? How long until another rating agency downgrades the US credit rating?

The inability of US politicians to credibly tackle their fiscal problems is a key reason for the weakness of the US dollar. Unless they get their act together, US politicians may saddle their citizens with higher borrowing costs and a worsening economy. And such an outcome would only exacerbate the debt problems.

One way to establish credibility is to put in place a mechanism to entrench the government’s commitment to sound policies. Currency markets, for example, reward countries that commit to low and stable inflation, and back up this promise with an independent central bank. Similarly foreign exchange investors support politicians who commit to sustainable fiscal policies, such as adopting a balanced budget rule.

But when politicians break their commitments, those same foreign exchange investors quickly head for the exits. This lesson has been demonstrated time and time again in currency crises over the past two decades. The 1992 Exchange Rate Mechanism (ERM) crisis is a particularly relevant example.

The euro’s rise and fall reflects the currency market’s confidence about the commitment to a strong currency. When the euro was launched in January 1999, foreign exchange markets were sceptical of Eurozone politicians’ ability to commit to a common currency. Investors loved the German deutschmark, which was the darling of currency markets. To gain this same credibility, euro area politicians committed to meet the Maastricht criteria: low inflation, annual government deficits below 3% of GDP, and gross government debt-to-GDP levels below 60%. The inflation commitment was made credible by creating an independent European Central Bank. The fiscal promises were backed by a Stability and Growth Pact.

Flash forward to today and it is clear why the euro is suffering. The Greek, Irish and Portuguese bail-outs have exposed how these European politicians have not honoured their commitments. By breaking this contract with foreign exchange investors, these countries have led currency markets to scrutinize the finances of other euro area countries, notably Spain and Italy. To save their currency, Eurozone politicians need to put in place credible fiscal arrangements to support their monetary union. Without it, market forces will inexorably pull the euro area apart.

When foreign exchange investors lose confidence in a currency, the fall in the exchange rate can be swift and brutal. But the flip side is also true, as increased confidence can lead to a rapid appreciation.

Foreign politicians should learn from the Swiss franc, which is hitting record highs against the US dollar and the euro. Switzerland has relatively low debt levels, low and stable inflation, and a federal system that downplays political posturing and promotes compromise. Swiss regulators are introducing higher bank capital requirements than other countries. All these factors contribute to the Swiss franc’s safe haven status. Currency markets effectively view the Swiss franc as the true successor to the deutschemark. (The Canadian dollar has the same qualities and has also appreciated as a result.)

Currency markets hate uncertainty. When politicians cannot get their act together, the eyes of foreign exchange investors soon stray. And in a world with more than 150 currencies, there are always lots of close substitutes for foreign reserve managers to choose from. Over the past few years, the most exciting currencies have been the Brazilian real, the Korean won, and the Turkish lira. And in China, policymakers are opening up their markets and taking steps to liberalise the Chinese yuan, hoping to draw reserve managers away from the US dollar. The bottom line for politicians on both sides of the Atlantic is simple: stop the political rhetoric and work together to fix the problem.

With currencies, it helps to have something valuable backing up your promises. Foreign exchange investors have long favoured countries that export oil, precious metals or base metals. The Canadian dollar is only one example among many. Despite the weakness of the US economy and the uncertainly about the US debt negotiations, global growth from emerging markets is buoying the value of Canada’s oil, natural gas and mineral exports. Rising prices for these commodities have contributed to the recent strength of the loonie, as well as the Australian dollar and Norwegian krona.

But the link with commodities is a two-sided sword; when commodity prices fall so may these currencies. So politicians in these countries shouldn’t rest on their laurels because these resources won’t last forever.

At the end of the day, currency markets are fickle. They can be volatile, moody and merciless. But in a globalised economy, the exchange rate is perhaps the most important price in an economy.  So whether they agree with the message or not, politicians need to pay attention to the currency markets. And they should not discount foreign exchange investors’ honest assessment of their performance (click image to enlarge).