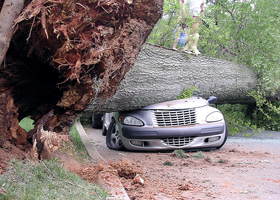 As the year begins, it is instructive for pension fund managers and asset allocators to consider various macro risk scenarios that are not base-case predictions but rather relevant considerations for stress testing portfolios. It can be useful to understand how individual asset classes would react under each scenario and the resulting portfolio performance. As part of this exercise, consider the impact on liabilities and whether the risk scenario would induce pension managers to consider a change to asset allocation to suit the new environment.

In no particular order, consider the following potential events that, if they become a reality, could stress test portfolios this year.

If the political deadlock surrounding the fiscal cliff continues and no clear plan of action is finalized by the March 27 deadline, it’s possible that the debt ceiling will not be fully amended. We then have a potential situation of the U.S. not being able to borrow further, resulting in a technical default on its debt. This could potentially cause long-term interest rates to spike higher and the dollar to weaken versus the euro and the yen.

A weaker U.S. dollar will push commodity prices (denoted in U.S. dollars) higher, but it is likely that stocks will weaken as higher bond yields will reduce the attraction of dividend-paying equities. We could possibly see institutional investors reallocate assets from equities to high-quality fixed income (such as Canadian bonds) to reduce risk.

With much of 2011 and 2012 focused on the possibility of an EU breakup, it will be interesting to see how 2013 unfolds. The market has become relatively silent on the news front following the decision by Mario Draghi, president of the European Central Bank (ECB), to buy bonds of the peripheral and struggling countries of Greece, Italy and Spain. The ability to continue along such a path requires the continued patience of German taxpayers, who will likely foot the bill for such policies.

If the German economy begins to weaken, the political resolve in support of the ECB may come under pressure. In such a scenario, we may see yields drop in those countries where foreign reserves are held (such as the U.S., Germany, Japan and Switzerland) while yields will increase in the peripheral European countries, such as Greece, Italy, and Spain. A stronger U.S. dollar, as well as expectations of deflation, may weaken commodity prices and dampen equity market performance

This highly anticipated event will be met with little market reaction. As China shapes up its internal lending policies and its economy continues to slow from double-digit growth of the last decade, a free-float of the yuan will bring trade policy back into normalcy. For 2013, there may be mild appreciation in the Chinese currency; as Chinese assets become more expensive to foreigners, assets denominated in yuan could decrease in value. It could also impact U.S. consumption as those Chinese goods exported to the U.S. will be priced higher in U.S. dollar terms, putting additional pressure on low- to middle-class Americans who are already grappling with the pocketbook pinch caused by the recently rescinded tax cuts.

If higher U.S.-denominated prices lead to the U.S. consumer importing fewer Chinese goods, the Chinese economy may slow down. In that situation, Canadian investors may see reduced demand from China for our natural resources, putting pressure on our stock market and commodity prices in general. Bond yields will likely be little changed in this scenario.

A stronger U.S. economy could heat up the labour market south of the border and test the resolve of the Fed, which articulated an end to quantitative easing and emergency monetary stimulus rates of 0% once the unemployment rate drops below 6.5%. If the Fed keeps to its plan, bond yields may rise, mostly in the short maturity buckets, which will flatten the yield curve. However, the Fed may not follow through due to inconsistent data across the rest of the economy or because it views the reduction in employment rate as being a result of workers leaving the workforce rather than employment growth. In such a case, long maturity bond yields may potentially rise.

The oil price differential between Canada and the U.S. increases

The oil price differential is not the price at the tank, rather it’s the value of a barrel of crude oil pumped from the ground. When there is a lack of availability of transport from producers to refiners, then the cost of transport typically increases. If this cost can be passed on to consumers due to robust demand for oil, then the price of refined oil (the price we pay at the pumps) increases; if the additional cost cannot be passed on, then the cost of a barrel produced in regions requiring the transport decreases.

Currently, there is a glut of oil in Alberta requiring transport to the refiners, and the price of oil there is far lower than the price seen on the exchanges and in the news. This spread could widen further, causing a squeeze on profits of Canadian oil producers and hitting the TSX energy producers. In such a situation, there could be a flight of capital from Alberta and a potential squeezing of the province’s economy.

While many of these stress tests are unlikely to occur, it is worthwhile to consider the impact on a pension plan’s portfolio and asset mix. Furthermore, in the case of pension funds actively de-risking a plan, any situation that causes yields and/or equities to move higher can be viewed as opportunities to decrease total plan asset-liability risk.

91% of institutional investors say pandemic will lead to a global recession: survey

Our story revealing the employers that took the top spots at the 2021 Workplace Benefits Awards was the most-read story over the past week on BenefitsCanada.com. Here...

The decision to favour contributors to Italy’s defined benefit pension plan during its transition to a defined contribution model favours early retirees and disadvantages younger...

The Ontario Teachers’ Pension Plan is acquiring a majority stake in a manufacturer and distributor of elevator components and systems. Before the investment, Vantage Elevator...

Unilever wins award for expansive approach to DEI amid pandemic

Unilever Canada Inc.’s fulsome approach to diversity, equity and inclusion led to its win in the diversity program category at Benefits Canada’s 2021 Workplace Benefits Awards on...

Over the next three years, 67 per cent of plan sponsors said they anticipate investing money and/or staff resources in wellness areas outside of their...

Unvaccinated employees may not be eligible for EI: feds

Workers who lose their job over a refusal to vaccinate against the coronavirus may not be eligible for employment insurance benefits, according to updated guidelines...