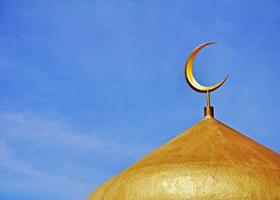 There is a growing frustration with the traditional theories of finance among institutional investors. For example, at the Institutional Investor Roundtable I attended in Singapore last week, only ~15 of the 71 sovereigns and pensions in the room said they viewed MPT as offering valuable tools for portfolio construction and asset allocation. Moreover, 35 of these funds indicated that they were already operating according to ‘post-modern portfolio theory’ principles. I think that’s fascinating, but what does P-MPT actually look like?

Given that I’m also coming off a week in Malaysia — which is the global hub of Islamic finance — I can’t help but reflect on some of the lessons that this niche market may offer the mainstream. Why? Because there are some really innovative things happening these days in Islamic finance. (And for those of you that think Islamic finance is not worth paying attention to, consider this: Goldman Sachs, in October, registered a $2 billion Islamic bond program → pay attention.)

In the world of intellectual property, the workarounds that people come up with to avoid infringing a patent are sometimes more sophisticated and valuable than the originally patented concept. So, my thinking goes, perhaps the constraints imposed on Islamic financiers will lead to creative innovations and products that ultimately improve finance generally. Why? Because the constraints listed above actually sound reasonable. And, moreover, since Islamic finance is firmly rooted in capitalism (i.e., the profit motive and private ownership remain firmly intact), these constraints (and their workarounds) are compatible with non-Islamic finance as well.

Now, I’m not saying all investors should avoid pork products or sell their alcohol stocks. I’m also not arguing for a return to “simple finance”. (Note: There are, today, Islamic hedge funds, Islamic derivatives traders and even Islamic mechanisms to sell short; see “Arboon Method”). I am saying, however, that I think Islamic finance offers insights into how finance can be better grounded within the “real economy”, from which it has grown increasingly disconnected. For example, in nominal terms financial markets are four times as big as real markets. Why? Is it for the benefit of industry? Or is the size of finance for the benefit of finance? Because every transaction has to have an asset earmarked with it, the Islamic financial sector cannot distance itself too far from the real sector. Perhaps that’s something worth exploring in the mainstream.

In sum, institutional investors have given up on MPT and are searching around for P-MPT principles because they want to really understand the assets they own and the risks they are exposed to. It seems to me that certain aspects of Islamic finance would greatly improve the visibility of assets and risks through a deconstruction of financial products and services that ultimately roots them in the real economy. And it’s in this regard that I think Islamic finance can be useful to P-MPT.

This post originally appeared on the Oxford SWF Project.