A quarter of single seniors live below the poverty line in Canada and the problem is getting worse, with employer sponsored pension plans not accessible to 40 per cent of low-income employees. It’s especially severe among personal support workers, 80 per cent of whom don’t have a workplace pension.

The situation is beyond unconscionable, says Tyler Downey, secretary treasurer of the Service Employees International Union Healthcare and chair of the board of directors of My65+, its retirement savings plan. The SEIU represents more than 600,000 Ontarians, including 30,000 PSWs.

Getting to know
Tyler Downey


Job title:
Secretary treasurer of SEIU Healthcare, chair of the board of directors of My65+

What keeps him up at night:
Knowing there are thousands of — predominantly women, immigrant and racialized — people who don’t have access to a retirement plan at work

Outside the office he can be found:
Gardening, singing karaoke and barbecuing

“Back in 2006, I was just an organizer — the entry level job in a union. But my trajectory led me to do a lot of member engagement work, including education and political action.”

By 2011, Downey served as a lead organizer. The next year, he became the director of member leadership and development. When the union began its work on the My65+ plan, his community organizing talents were called into action.

“We did a lot of work to figure out how we could meet [members’] needs. It started with some member surveys and town hall meetings.”

Downey, who became the SEIU’s secretary treasurer in 2018, admits he wasn’t sure the creation of the retirement savings plan would lead anywhere. He doubted if many PSWs, who typically earn between $30,000 and $40,000 annually, would be able to set aside money for retirement. However, his mind was changed when he reviewed responses to a survey about what members would sacrifice for retirement security.

“They talked about giving up a coffee a day from Tim Hortons, a weekly pizza with friends and other little things. What was important is that they were willing to give something up. We thought to ourselves, ‘We’ve got something here.’”

The initiative began to take shape. The union joined forces with group administrators eager to be innovative in the retirement space — one specially designed for the needs of home-care workers able to contribute at least $30 a month. With members required to choose between different investment options, Downey knew many members would still be hesitant to join. To overcome this, he planned a series of education sessions. However, before the sessions were launched, disaster — in the form of the coronavirus pandemic — struck.

“With so many of our members struggling to pay for necessities, we knew it wasn’t the right time to ask people to focus on retirement. We wondered if the right time would ever come, but then the 2021 federal budget was released.” 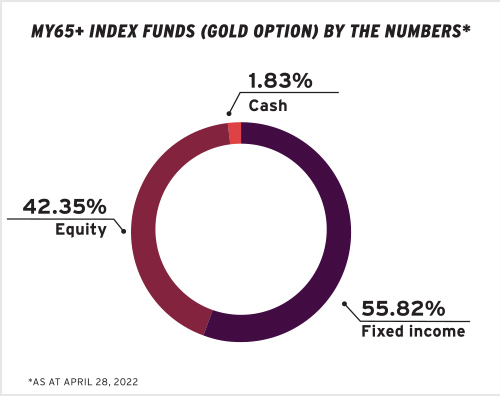 In it, the government proposed an endowment of $9.2 million each year until 2023 for the My65+ plan. With this support, Downey was able to begin educating the SEIU’s members. As its membership grows, he hopes the model will inspire similar organizations across Canada.

“There are too many hardworking people busting their asses to care for others. Having access to a plan that allows them to retire with security and dignity is something we should all rally behind.”

How are personalized communications connecting with employees?

A look at MEPPs in a shifting pension landscape

The world’s electrical grids require massive investments if countries are to meet net-zero carbon emissions by 2050 goals, according to a new report from the...

The Ontario Teachers’ Pension Plan is entering a non-binding agreement with a Canadian company seeking to develop copper mines in Saskatchewan. In a deal reached...

Canada’s defined benefit pension plans saw median returns of negative 7.33 per cent in the second quarter of 2022, according to the BNY Mellon Canadian...

New Brunswick is amending its Pension Benefits Act to allow for enhanced communications with plan members, exempt compulsory membership for religious beliefs and allow for reserve...

IKEA Canada’s leader of equality, diversity and inclusion discusses the company’s equality plan, diversity in leadership and herbal medicine. Q: What top challenges do you...

With nine in 10 (89 per cent) employers finding it challenging to find skilled professionals, companies are using a range of recruiting tactics to win over...

Alcoa Corp. is de-risking roughly US$1 billion in U.S. defined benefit pension obligations and assets with an annuity transfer. The group annuity contracts will be...