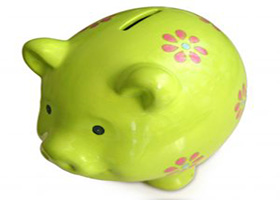 Earlier this year, I wrote a theoretical paper that attempted to conceptualize the value of SWFs to their nation-state sponsors. Put very simply, I argued that SWFs offer nation-states an opportunity to reassert sovereignty and authority in a world seemingly at the mercy of financial globalization:

“Accordingly, policymakers establish and use SWFs to minimize uncertainty and volatility and maximize state-autonomy. The recent crisis has only served to crystallize the utility of SWFs in this regard—one explanation of the ‘spike’ in the number of SWFs around the world. Whether the SWF has a mandate to fill an unfunded pension liability through investments in riskier assets or has a mandate to smooth volatile commodity prices, these funds represent an attempt by governments to manage their future; acting as ‘insurers of last resort’ for a given domestic problem. SWFs thus offer a chance to make reliable and consistent plans in an environment that is increasingly subject to volatility and market-based short-termism.”

With that in mind, let’s now turn to Ireland, where the government is straining under the weight of its obligations. According to the FT this morning, it isn’t all that keen on an outside bailout:

“They have depicted any move to go “cap in hand” for outside assistance as a national humiliation, especially in a country that fought for its political independence from Britain 90 years ago.”

“‘It has been a very hard-won sovereignty for this country and the government is not going to give over that sovereignty to anyone,’ said Batt O’Keeffe, the enterprise minister.”

Fair enough; Ireland isn’t about to turn over internal decision making given its hard-fought independence. So, what can be done? Again, according to the FT:

“…it can resort to the national pension reserve fund, a sovereign wealth fund already used to bail out Ireland’s banks, if it is still unwilling or unable to re-enter the debt markets.”

And there, folks, is a case of ‘life imitating theory’. (…As well as, apparently, a case of ‘smug blognerditis’ on my part…)

Anyway, readers of this blog are undoubtedly aware of the Irish SWF, the National Pension Reserve Fund. And, you all know that this fund was not set up for generic bail-outs of the Irish government. Rather, it was set up to prevent a future pension crisis due to population aging. In other words, it isn’t quite a ‘ready pool of cash’ for the government to tap in to, but, given Ireland’s incredible reticence to turn to the IMF, it may become Ireland’s saving grace. I still have plenty of misgivings about the NPRF being used in this manner. However, if the alternative is a “humiliating” outside bailout and a loss of sovereignty, I understand why breaking the NPRF piggy bank may be preferable. After all, as I argued in my paper, SWFs value to their nation-state sponsors is their ability to help preserve autonomy and sovereignty in times of crisis. I’d say the current Irish case qualifies…

Which emerging and frontier markets are institutional investors considering in 2022?

While institutional investors are no strangers to established markets such as Europe and the U.S., the world’s emerging and frontier markets can provide diversification and...

While nearly three-quarters (74 per cent) of small- and medium-sized employers say cost is the biggest hurdle to offering employee benefits, a majority of SME...

Nowadays, a person working at the same company for more than 10 years is a rare bird. In the last few years, younger employees are...

The Financial Services Regulatory Authority of Ontario is seeking feedback on its proposed guidance on requirements for pension plans to take certain actions to avoid...

Meridian Credit Union is appointing Patricia Johns as chief people and culture officer. Most recently, she was founder and principal of Hrxlence Consulting Inc. and...