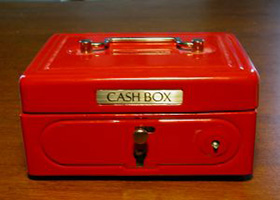 I often get asked why so many countries and states are setting up new SWFs. It’s a great question, as more sovereign funds have been set up in the past five years or so than in all the years prior. In general, I respond by saying that governments are setting up SWFs to insure against (or even prevent altogether) some financial or economic crises that can lead to a loss of political autonomy.

So the decision to set up a fund has less to do with sovereign wealth than it has to do with risk management. Commodity funds insure against commodity price volatility and help to prevent the resource curse. Reserve investment corporations help to insure against 1997-style financial crises. Pension reserve funds exist to prevent a pension crisis due to an aging population. You get the point.

But it seems that there is more to the story than just risk management. While risk management may be the core reason why governments are setting up SWFs, the rating agencies are the real catalyst. Indeed, over the past few months I’ve had multiple conversations with individuals who said the reason they set up (or were planning to set up) a sovereign fund type vehicle was to placate rating agencies over macro risks. In other words, the rating agencies (and not the governments) may be the inspiration for many of the new SWFs in the world today.

I’ve heard from politicians that the rating agencies have been recommending placing at least 10 percent (and preferably 15 percent) of government revenues in a buffer fund of some sort. However, these demands can lead to some bizarre behavior by governments. For example, one fund I talked to recently said that the policymakers in charge of the fund would “never, ever” use the assets in the fund for anything. These assets were in the fund for the rating agencies alone. My retort: ‘You could still use those assets in case of an emergency.’ This individual’s response: ‘Actually, no, [the policymakers] wouldn’t. They would go to the debt markets, and, hopefully, borrow at a lower cost. Trust me, this fund will never be tapped.’

And herein lies the key point: Since credit ratings directly affect borrowing costs, these governments have a large economic incentive to do what the rating agencies want them to do (i.e. set up SWFs). In a way, then, accumulating sovereign wealth is a roundabout way of accumulating sovereign debt at lower cost!

There’s definitely a paper to be written on the role of rating agencies in the rise of SWFs. Interesting stuff.

Why Public Pensions Should Partner