Home Investments Canadian Investment Review Experts Tristram Lett What is Alpha? And Does It Still Exist? 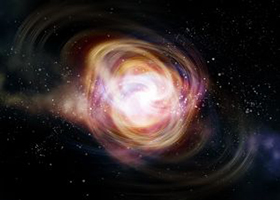 Last week I had the privilege of attending an excellent hedge fund breakfast discussion hosted by CIBC Mellon at the National Club. Moderated by none other than our highly literate editor, Dr. Caroline Cakebread, the exceptional panel spoke to a sellout house.  What made the panel and the session exceptional was the highly knowledgeable and experienced speaker roster, all of whom were refreshingly articulate. Gary Ostoich, Spartan Funds Managment; Chris Addy, Castle Hall Alternatives, and Peter Hayes, KPMG did a superb job.

Only one question, including those from the floor, did not get the treatment I expected: “Is there still such a thing as hedge fund alpha?” It is an interesting one indeed.

To be fair to the panelists, the question was not well defined so they had different directions they could go in. Focusing on the modifier “still”, one could interpret the question to mean that there have been a lot of hedge fund replicants appearing in the last few years who claim to be able to create the properties of hedge funds without actually owning one. They do this in one of three ways: 1) replication of the return distribution and its properties; 2) creating passive exposures with various statistical factors which capture hedge fund properties; or 3) passively mimicking hedge fund trading strategies.

What is appealing about these replicants is that they are cheaper, liquid, transparent, and mechanical — but are they alpha? Decidedly not! However, the point is that a lot of so-called hedge fund alpha is actually beta and exotic beta. So, of course this begs the essential question–what is alpha?

I like to think of alpha as the dark matter of investing. Physicists and astronomers who try to calculate the matter/energy inventory of the universe add up what they know and subtract that from the total and the residual which is very large, they call dark matter. Similarly, financial mathematicians add up what they know (return to betas), subtract it from the observed return and what is left over is called alpha.

Unfortunately, this is a haphazard process because not all the beta variables get included.  In fact, usually the S&P500 beta is the only one included. This artificially enlarges alpha. As implied earlier, the more betas that are included, the return assigned to alpha will decline. Hence the moderator’s question.

However, there is another interpretation of this question. With the turmoil in the markets of 2008 and 2009, hedge fund alpha either disappeared or became negative. So are we seeing the return of alpha?

Like all questions on this subject, there are many subtleties, so I ask forgiveness from my readers for not delving into them in this short blog post. My answer is, yes, absolutely, it is back and it will come back in spades. Volatility creates opportunity to earn alpha. The general removal of bans on short selling (except the Germans), reduced assets chasing the same trades allows a greater share of the alpha pie among those remaining and the Volker Rule, which looks like it may be implemented, will remove bank prop desks from the alpha hunt. All of these factors make me optimistic that we are in a sunny period for alpha generation among hedge funds.

We have known for some time that the ability to earn alpha ebbs and flows. This is evident in many of the studies that academics undertake. What we all must keep in mind however is the alpha distribution (before fees and transaction costs), which has a zero mean. Therefore for every alpha winner, there is a loser meaning that if hedge funds are going to be like the above-average denizens of Woebegone Lake, they must as a group be taking if from some other group. Who do you think that might be?

Market Collapse Heads Into Round Two