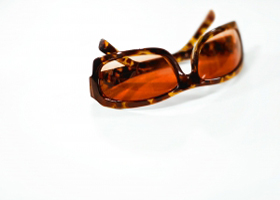 Last week Canadian Press carried this story about the discount rates used by Canadian DB pension plans. It’s no big surprise for some plan sponsors who know the key role those rates play in showing what their plan’s future financial obligations are. But according to DBRS, the assumptions ignore the reality of the low interest rate environment plans are dealing with right now. The full  story is below.

Canadian DB pensions may appear healthier than they actually are because they aren’t conservative enough when determining their future financial obligations to retirees, a report by DBRS suggests.

DBRS said current discount rate assumptions—used to calculate the pension plans’ future obligations—are reasonable in the short- to medium terms but of concern over the long term.

“In DBRS’s view, the current funded status of defined benefit plans is overstated and the aggressive discount rates used do not reflect the current low interest rate environment,” the report said.

“Potential problems arise over the next generation of pensions as the first wave of baby boomers reaches retirement age. As a result, DBRS anticipates that payouts to plan participants will likely increase dramatically between 2011 and 2029. This could create potential future shortfalls for pension plans that will require significant contributions from plan sponsors and could be very difficult to manage over the long term.”

DB pension plans pay a promised amount when an employee retires. Many companies have switched to DC plans in which the eventual payout is determined by the investment performance.

Earlier this month a report by Aon Hewitt suggested that the solvency position of most DB pension plans improved only slightly in the first quarter despite a strong rally on equity markets over most of that period.

The Aon Hewitt report found that the median solvency ratio of DB plans in Canada increased only one percentage point in the quarter to 69%. As well, about 97% of the pension plans in the sample it looked at had a solvency deficiency.

The results somewhat mirrored earlier findings by Mercer, whose Pension Health Index showed the solvency ratio of its model plan rising three percentage points to 63% at the end of March.

The solvency funded ratio measures the financial health of a DB pension plan by comparing the amount of assets to total pension liabilities in the event of a plan termination.

How can pension plans position for potential deflationary or inflationary scenarios?