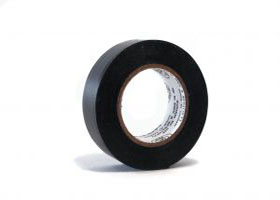 In the private sector, underfunding has pushed many plan sponsors to shift from defined benefit to defined contribution plans. However, DB plan sponsors say DB is still the best option for employees.

DC plans are “a short-term fix to the underfunding issue,” says Jim Keohane, senior vice-president of investment management at the $37-billion Heathcare of Ontario Pension Plan.”It think it makes it worse because it just masks the problem.”

He was speaking this month at the 10th annual Canada Cup of Investment Management.

HOOPP, he adds is one of the few fully funded DB plans in world. “When you look at defined benefit plans … your benchmark is replacement of people’s incomes. Most defined benefit plans are designed to replace roughly 60% to 80% of pre-retirement income. So if we say we’re fully funded, it means we have enough money in the plan to actually fulfill that promise. The issue with DC plans is that you’ve moved away from this benchmarked environment into a non-benchmarked environment. Nobody’s saying whether it’s underfunded or fully funded.”

While the funding problem goes away, Keohane notes that the cost of delivering DC plans is much higher so that even if the plan achieves the same return, it’s a worse long-term outcome. “It all puts the full burden on the individual to make calls and decisions on who much money do I save and how do I invest the money.”

But some think DC plans can be as good as DB plans. Denise Kehler is the director of investment services as the Public Employees Benefits Agency in Saskatchewan, which manages $5.8 billion in assets for the Provincial Employees Pension Pl,an, a DC plan, and another $1.5 billion in a DB plan for municipal employees.

The DC plan has been so successful that, once legislation permittted, retirees have elected to remain enrolled in the PEPP, where retiree assets are 6% of the total.

“No one’s really measuring the deficiencies in DC plans on an individual basis,” she acknowledges. “We have people who have spent their whole career in a DC plan. Contributions rates are high: the average is about 7 and 7 (7% from the employee and 7% from the employer). At that rate, you do have a fairly decent pension.”

In this instance, she argues, Saskatchewan takes the same approach to DC plans as it would to DB plans: “improving our members outcomes.” Still, the outcome is “not to seek a replacement ratio – you can’t know what a retiree needs. But I think there are ways to run the DC in a very structured way the way we do with DB plans.”

That need not be costly. Saskatchewan offers a variety of asset allocation portfolios in its DC scheme. On average, the cost is 35 basis points. And that was one reason to offer retirees to continue in the plan, rather than push them to a RRIF at 200 basis points.

“I think that these plans can really provide a strong base as long as there is a commitment from both sides to contribute the appropriate amount.” The minimum, in Saskatchewan is a 5%/5% split. Some DC schemes arre at 9%/9%. And the DB plan, which covers municipal rather than provincial workers, has now moved to a 7%/7% split.

At the same time, there is pressure on DB plans says David Lawson, chief investment officer of the Worker’s Compensation Board of Alberta. Government sponsors wonder about “how are we going to make them work better in terms of affordability or sustainability, which are two separate issues. The big issue with affordability is that the interest rate levels that we have today in financing the defined benefit are really expensive and plans that have to have a hard look at are their benefit provisions.”

When interest rates are low, the present value of future obligations increases, assuming one had to pay on the spot. That leads to a question of whether investing in bonds is a bad decision for DB plans right now.

Keohane doesn’t think so. If anything, the 1980 to 2000 period was an anomaly. Now he thinks bonds are priced within a band that reflects their long-term averages: 3% to 6%. The investment risk, that bond yields go up, is simultaneously offset by the decrease in liabilities.

Beyond that, says Lawrence Swartz, a principal at Morneco Shepell, “either DC or DB can work properly if they’re done right.”

Much has to do with employee mobility.

“When you have a long-term employee, DB works really well because the young employees end up putting in more in the early days and less in the late days and also benefit from professional management. DC can also work in that environment too, if it’s done properly, like in Saskatchewan, which is probably the poster child for that.”

But for employers in the private sector, many of whom don’t expect loong-term service, it’s a bit different.

“DC makes a lot of sense for a lot of different industries because you have a mobile workforce and this way there ‘s a lot of accountability in the way that they see what they get and there’s also less risk that they have to fund.”

Morneau speaks from both sides of the equation. Its own 2500 employees have a DC plan. On the other hand, Morneau is tasked with administering plans on behalf of employees whose company has gone bankrupt – plans that are generally underfunded.

Winding up those plans means selling the equities and purchasing annuities with the remains. That’s unpleasant for plan members who have already taken a haircut on their pension promise, and now face a low-yield to boot.

Still, Swartz says, “I believe that for most people, a DB plan, particularly for a long-term employee, will provide a better result”