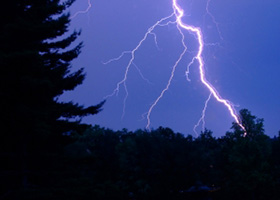 Think about it–proponents would argue that in a fully transparent market, every trade ticket printed is at the correct price…  how could this be?  We all know that prices can be incorrect for extended periods of time. Is the SEC attempting to mandate through the NMS, the removal of alpha, because that is what precisely correct prices at every trade means. Further, it also removes arbitrage as a means of correcting prices because, theoretically, they will not need correction.

Frankly I think the price discovery argument is a bit bogus when applied to mandating transparency. As we have seen in Wunsch’s argument, today’s market is less transparent than ever. He further posits that other actions in the name of transparency may in fact have contributed to or even caused the market collapse.

For example, the removal of the uptick rule (cannot short on a downtick, only on an uptick), the marking to market of financial firms’ securities and derivatives positions and the switchover of the NYSE to full electronic trading were such profound and dramatic changes that they constituted what he calls a perfect storm, particularly to financial stocks. Their slide started in late 2007 and continued through to March 2009.

“It just may be that the suddenly electronic NYSE, stripped of its uptick rule, faced more efficiency than it could handle. In this unfamiliar and volatile environment, what if you could artificially push a bank’s stock down to say half of what it was really worth, perhaps using aggressive short sales coupled with the steady purchase of CDS insurance against the bank’s bonds, the rising price of which would signal the bank was in trouble, and then deliver the knockout punch by floating rumors that the bank’s hedge fund clients were fleeing or that its counterparties were demanding more collateral? (This scenario closely parallels what the heads of the biggest investment banks reportedly alleged in emergency calls to the SEC in the fall of 2008 as they begged for short-selling bans, which were, in the end, granted.)”

Consider how flawed the whole concept of price discovery is. Are its proponents really suggesting that prices are correct in either of the extremes of bubbles or crashes? Yet they point at the printed price of the last trade as being correct. This is ludicrous.

It seems regulators are muddling up the notions of “correct” pricing and “market clearing” pricing. Transparency may help determine the price that will clear the market at any point in time, but it definitely does not have to be the correct price. Any experienced investor knows that when markets reach extremes, emotion, not logic runs the show.

Consequently, Wunsch’s arguments have some resonance in this quarter.  He would like to see the continuing evolution of regulations to promote transparency take a rest to reflect on whether they are effective in achieving their core objectives.

In my next installment I shall look at the most profound and, indeed alarming, assertion that he makes; namely, the overzealous promulgation of transparency regulation is killing Wall Street making it a dangerous place to do any sort of transactions.

Who benefits and who suffers from the SEC’s proposed proxy-advisory rules?