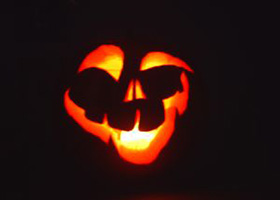 Some prominent economists aren’t afraid of deficits – read more below.

(Reuters) Nobel Prize-winning economist Joseph Stiglitz said today the U.S. needs more fiscal stimulus to aid the economy and that more unconventional monetary easing by the Federal Reserve would do little to spur the recovery.

Stiglitz said he sees an “excessive” Federal Reserve focus on interest rates and that another round of so-called quantitative easing wouldn’t have a “significant effect” on the economy. The government instead should provide more money to states to save jobs after last year’s $814-billion stimulus program.

“What we really need is a second round of stimulus,” Stiglitz said in an interview on Bloomberg Radio’s “The Hays Advantage” with Kathleen Hays. “If you gave money to the states they would be able to keep those employees; those employees would then be able to spend money,” which would generate more confidence and investment by companies.

“There is very little they can do,” said Stiglitz, a Columbia University economics professor. “They are back to this excessive focus on interest rates, as if changing interest rate is going to solve all the problems.”

Stiglitz said the Fed “feels guilty” because he said it allowed low rates and lax regulation to generate a subprime mortgage crisis that led to the global recession and now “feels it ought to be doing something.”

He said authorities should enact measures to make it easier for homeowners facing foreclosure to stay in their homes by filing for bankruptcy and to force banks to write down loans and take part in any eventual capital gains when the home is sold.

“Across the country, there is a sense of inequity,” he said. Banks that “caused the overall problem received huge amounts of money” that was meant to reinvigorate lending. “It hasn’t happened,” Stiglitz said.

He warned that record housing evictions, foreclosure moratoria and investigations whether lenders such as Bank of America Corp. falsified documents were “like a slow train wreck” going back to the housing bubble of the middle part of the decade.

He said he didn’t believe the U.S. and China were close to a currency accord. “It’s going to be very difficult to get a global consensus,” Stiglitz said.

Finance ministers of the Group of 20 meet in South Korea this weekend to try to resolve differences over what Brazil’s Finance Minister Guido Mantega last month said was a “currency war.”

The People’s Bank of China unexpectedly raised its benchmark lending and deposit rates yesterday, the first increase since 2007.

Stiglitz said a dollar crisis “could happen again” but he didn’t see a “high probability” of it.

He said Fed officials weren’t acknowledging that the easing policy was an effort to drive down the dollar to boost exports “obviously because we’re engaged in accusing others of currency manipulation.”

The paperback version of Stiglitz’s book “Freefall: America, Free Markets, and the Sinking of the World Economy,” has just been released and was first published in January.

Is it time for bond owners to shift how they view deficits and debt?

Between 2019 and 2021, mental-health drug claims skyrocketed among young Canadians, according to a new report by Sun Life Financial Inc. The report, which identified...

While the vast majority (90 per cent) of Black Canadians say their employer has made progress on efforts to be more equitable and inclusive for...