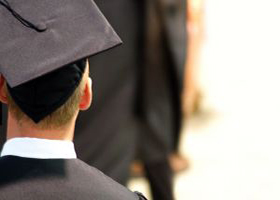 This is a brief note on a recent book I read called The Endowment Model.1 The authors are eminently well-qualified in the endowment/foundation and institutional investment word, with Martin Leibowitz and Anthony Bova at Morgan Stanley and Brett Hammond (and formerly Martin Leibowitz) at TIAA-CREF. The book has won high praise from many esteemed members of the financial community.

The central theme is about improving returns and diversification for endowment-like funds by looking at asset allocation and portfolio risk relative to the US equity asset class, i.e., expressing risk and return relative to US equity beta. Relating the beta of asset classes to the beta of US equities in this way greatly simplifies the analysis of portfolios, provides better understanding of asset class alpha, and is consistent with the premise that the beta sensitivity to US equities “captures about 90% or more of the volatility risk of most allocations seen in the US institutional market.”2

The authors do not believe the endowment model is wrong, rather, its diversity has been overestimated – hence their suggestion that a beta-based approach recognizes this higher volatility.  The authors point out: “investors should be leery of accepting the endowment model’s past periods of high returns as a simplistic template for the future.  Many of the more notable early successes were achieved by organizations that enjoyed special advantages in staff and analytical resources, highly committed sponsors, flexible funding needs, extensive access networks, and perhaps most important – early entry.”

The authors observe that: “US equities continue to act as the overwhelmingly dominant risk factor for most institutional portfolios.” This is the premise for using US equities (whose beta is set at “1”) as the reference point for the betas of other asset classes.  The authors call these derived betas “structural betas”.  They then calculate the “structural alphas” of asset classes.  The structural alphas range from a low of cash to the highest asset classes (as you would expect) venture capital, private equity, and emerging markets.

The book discusses many topics, including:

Some key takeaways include:

Overall, the value of the beta-based approach is its simplicity and intuitive appeal in understanding the roles of structural alpha and structural beta in the modern endowment portfolio.

1. A full version of this review is forthcoming in the Journal of Investment Management.

2. An early reference to this result is Leibowitz, Martin “The Beta-Plus Measure in Asset Allocation”, Journal of Portfolio Management, Spring 2004.

Digging into alpha, beta and the endowment model

Geopolitics and the global economy