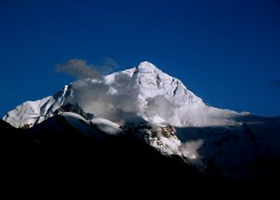 The Chinese autonomous region of Tibet is an area of great economic and geo-strategic significance as it holds considerable amounts of natural resources and connects China to South and Central Asia. In addition, Tibet is known as ‘Asia’s water tower’ since important rivers such as the Mekong, Yangtze and Yellow river originate in the region. Tibet’s political status represents a long-run cause of conflict both in China and in international relations that revolve around the question of whether the incorporation of Tibet into China was in accordance with international law. China considers the status of Tibet as an internal affair, in which outside interference is rejected. As Goldstein (1998) notes, international opinion plays an important role in conflicts over regional independence since “the ambiguity about when entities have the right to seek self-determination has made international opinion an important dimension of such disputes” (p. 83). In light of this, the Chinese administration has recognized that its position on Tibet’s status not only needs to be enforced domestically, but also internationally. By opposing any notion from abroad that might challenge the status-quo of the region, China not only aims to contain the spread of unrest inside Tibet, but also seeks to weaken the worldwide Tibetan independence movement.

Within this context, the Dalai Lama, in his position as leader of the Tibetan community, is seen as a threat to the integrity of the Chinese nation. Consequently, meetings of foreign officials with the Dalai Lama are a constant source of bilateral diplomatic tensions with China. In addition to purely diplomatic threats, China more-or-less openly threatens that it will respond to meetings between its trading partners’ officials and the Tibetan leader with measures that will result in a deterioration of their trade relationships. An article published in China Daily – a state-run newspaper, known as a mouthpiece of the Communist party – clearly advises against outside interference in the Tibet question “if they [countries] want to remain on good terms with China.” The government’s decisiveness on this matter is reflected in instances such as the prominent case of France, where the country was crossed off the travel agenda of two Chinese trade delegations in 2009 in retaliation to a meeting between French president Nicolas Sarkozy and the Dalai Lama. In an interview conducted in 2007, the Dalai Lama himself acknowledged the unwillingness of state officials to receive him, so as not to jeopardize the intense economic ties that their countries have established with China. Beyond existing anecdotal evidence, no empirical analysis has, to the best of our knowledge, thus far been conducted to unveil whether China responds to meetings between its trading partners and the Dalai Lama with any systematic economic punishment. This paper aims to fill this gap. Moreover, results may offer valuable insights to which extent political relations matter for trade with (autocratic) emerging economies.

The role of political determinants of trade is currently in the focus of the literature (e.g, Aidt and Gassebner 2010, Gassebner, Keck and Teh 2010, Kastner 2007, Méon and Sekkat 2008, Nitsch and Schumacher 2004). Previous research has shown that the bilateral political climate plays an important role in trade relationships (e.g., Pollins 1989, Morrow, Siverson and Taberes 1998). Also, diplomatic exchanges between trading partners foster bilateral trade through diplomatic representations (Rose 2007) and state visits (Nitsch 2007). The state of political relations between China and its trading partners is likely to be even more important as a determinant of bilateral trade than it is in the case of trade between free market economies. Whilst prices and other product characteristics should – at least in theory – be the sole determinants of import decisions in a market system, the Chinese government exerts additional influence on commercial activity. In this regard, Aidt and Gassebner (2010) show theoretically and empirically that a country’s involvement in international trade differs between democracies and autocracies. Since China is neither a democracy, nor a free market economy, its administration has greater capacity to impact on trading decisions than the government in a democratic free market economy. Such significant scope for government intervention thus gives leeway for the utilization of trade flows as foreign policy tool. Since a country’s policy towards the Dalai Lama influences its bilateral relations with China and may provoke retaliatory responses from Beijing, we hypothesize that a trade-deteriorating effect is caused by foreign officials receiving the Dalai Lama.

We run a gravity model of exports to China from 159 partner countries between 1991 and 2008 to test for political influences on China’s trading decisions. The paper analyzes whether countries that receive the Dalai Lama are economically punished by the Chinese through a reduction of their exports to China. It is also tested whether the size of the punishment increases with the rank of the highest official receiving the Tibetan leader and how the effect evolves over time. Furthermore, we provide results when controlling for the potential endogeneity of meetings with the Dalai Lama and show results based on disaggregated trade data to deepen our understanding of what we call the ‘Dalai Lama Effect’.

The paper is structured as follows: Section 2 provides an overview on the literature regarding the link between bilateral political relations and international trade to get insights how meetings with the Dalai Lama might adversely affect trading relationships. In Section 3, we present anecdotal evidence illustrating how the bilateral climate between China and its trading partners deteriorates after foreign officials’ meetings with the Tibetan leader and formulate our hypotheses. Section 4 presents the empirical approach, the data used and the empirical results, which show whether countries officially receiving the Dalai Lama are economically punished through trade reductions. Finally, Section 5 summarizes our findings and concludes. Read the full paper.  (Source: SSRN)