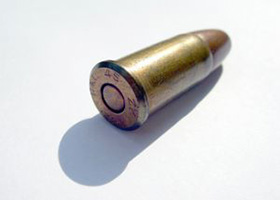 Below is the final installment in our four-week blog series, “How the SEC Caused the Flash Crash.”

The final point Steven Wunsch makes in his submission to the SEC is a profound one. He asserts that blind regulation to promote transparency on the altar of market efficiency, price discovery and capital formation has destroyed the very institutional fabric that bound Wall Street and other similar dealer communities. This fabric was woven from the rubric of Dictum Meum Pactum (my word is my bond).

The process of atomizing competition through essentially demutualizating stock exchanges and any other forms of member organizations in favour of ECNs (Electronic Communication Networks) and ECN-like exchanges fighting over high frequency trading with ever faster order matching engines has made the trader’s world an anonymous void filled with distant winking lights. There is no human interaction upon which to build a culture of ethics.

Wunsch laments that this has created a different culture on Wall Street that is not client focused. Instead of a self-policing ethic whereby participants who practice front running, for example, are quickly shunned by their street colleagues and in turn by clients looking for and relying on high moral standards, the modern Wall Street world has degenerated into one of making profits no matter what to enhance bonuses and personal power. Bonuses have become based on speculative activities rather than sound service. The old question, “where are the customers’ yachts?” comes to mind.

“…substituting NMS and regulatory police for Dictum Meum Pactum was a bad trade….It is also causing a weird indecipherable quantity-based approach to transparency to replace an understandable quality-based approach. It is causing investment banks to drop away from capital raising in order to focus on speculation, creating systemic risk and too-big-to-fail problems for the economy…A bad trade, indeed. Not only are markets far less safe now, but the most important functions that markets used to serve are being abandoned, as the temptation to speculate has been cut loose from the ethical prudence that heretofore restrained it.”

Isn’t there an echo here? Go back a few months and read my blog entitled “Bookstaber’s Law” published here on June 28. This was written without having any knowledge of the point Wunsch has made. Bookstaber’s Law, as I dubbed his aphorism was, “imprudence drives out prudence”. When I read the Wunsch quote above, I was hit right between the eyes again of the import of what both these gentlemen are saying. Wunsch has provided another very important linkage.

To be fair, no one can say the investor has not accreted some value from NMS’ activities. Certainly we have seen a substantial drop in transaction costs, whereby the dealers are the losers and investors are the winners. But one does have to question the value of the benefit in the collective sense rather than the individual one, if getting inside quarter, dime, nickel and penny spreads has aided and abetted the near total collapse of the modern financial system and with it, the global economy.

I hope my readers will take the time to read the full text of Wunsch’s submission to the SEC. I have only lifted a corner on the many fascinating and challenging points that he has made. It is definitely worth the time to read. And one cannot really deny his admonition to the SEC as restated by Alexander Pope: “A little learning is a dangerous thing; drink deep, or taste not the Pierian spring: there shallow draughts intoxicate the brain, and drinking largely sobers us again.”

Against this backdrop, if it has resonance with you, it is not difficult to see how the most recent events in the market like the flash crash could very well trace their origin to well intentioned though misguided policies.

In August, the Canadian Broadcasting Corp. reported that the U.K. Department for Works and Pensions cut off state pension payments to several expatriate pensioners living...

Women, people of colour and immigrants in Canada’s technology sector saw employment and pay inequities persist — and in some cases, worsen — between 2001...

Thomson Reuters Corp. is supporting employee well-being with a new policy that allows workers to choose how many vacation days they take each year. Beginning...

A global four-day workweek pilot program has resulted in positive impacts to employee well-being and productivity, according to a new report by Boston College, Cambridge...