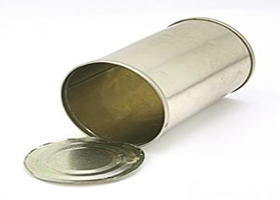 The next presentation at the Niagara Institutional Dialogue that I wish to comment on was a paper by Dr. William Shadwick, a Canadian financial researcher living in London, England, entitled The Right Answers to the Wrong Questions.Â  Bill is best known for the co-development of the widely used Omega statistic but together with his partner Dr. Ana Cascon has developed a portfolio of very useful statistics. His presentation was an ambitious one, consisting of 61 slides delivered in 50 minutes meaning the audience was deprived from seeing the most interesting tables at the end. This is one of the reasons I wish to report on his presentation because I think it makes a truly useful contribution to mathematical finance.

âWe have involved ourselves in a colossal muddle, having blundered in the control of a delicate machine the working of which we do not understand.â

He contends that statisticians know the answer. They call it Expected Shortfall (ES). Further, the calculation of VaR relies on the normal distribution, an assumption that is hopelessly out of sync with financial data. He cited the work of innumerable well-known mathematicians, which show that financial data is far too prone to fat tails to be normal.

ES would suffer from the same problem, except that the technological developments to make it robust occurred before the crash of 1929! It is called Extreme Value Theory (EVT) and -get this – it has been in widespread use in the insurance industry for decades. It has almost been totally ignored by finance.

Shadwick took us through a brief history of mathematics in finance briefly citing the contributions from Bachelier, Fisher and Tippett, Cowles and Gnedenko all prominent mathematicians. When he got to the founder of Modern Portfolio Theory, Harry Markowitz, he made an essential point: Markowitz explicitly brought risk, measured by standard deviation into the discussion for the first time, which inadvertently sent modern finance theory headlong into the two moment world of mean-variance – and it has been paying dearly ever since. Shadwick very appropriately noted that the normality assumption was not made by Markowitz, and indeed, I have heard Markowitz say this on two occasions.

It is this assumption that is the killer in finance theory and it is an underlying factor in VaR, which was globally promulgated by shortsighted regulators at the BIS in Basel I as the metric banks must use to calculate risk.Â  We now know what folly that was!

Now comes the part missing in Shadwickâs presentation. In his unseen tables (they are available) he shows by employing EVT, the coming collapse was clearly showing up well ahead of its occurrence. His first set of tables analyzes the Dow Jones Index in the months leading up to the 1929 crash. Relying on the probabilities derived from a normal distribution was hopelessly wrong, but EVT was giving the signals well before the main event.

Shadwick lamentsâ âwe have the technology, why arenât we using it?âÂ  Indeed.