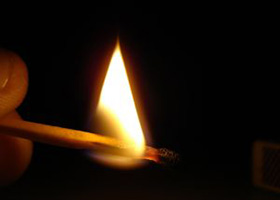 Occasionally one runs across an expression of opinion that really cuts across the grain of your belief system. Generally the reaction to such an egregious affront of your sensibilities is to deny its value and move on. Sometimes, if you spend the time to understand the logic supporting the author’s assertion, you come away with at least a broadened understanding of an issue. Rarer still, you have an epiphany. I am not sure where I sit in between these two positions, but I do have to admit that I am questioning my faith…

I have recently read two very, very profound pieces by an old acquaintance of mine, Steven Wunsch. He boldly asserts that the SEC is responsible for the flash crash of May 6th, 2010 and furthermore, it has no interest in finding the real cause of the event, except to use it as a means to enhance its position to further regulate markets.

The article which caught my attention was published in the TabbFORUM entitled, “Be Afraid, Be Very Afraid: The SEC and the Flash Crash”. It was a short piece but it lead me to seek more. The most interesting read was Wunsch’s submission to the SEC written on January 14, 2010 entitled “Dark Pool Comment Letter”. This letter is a well articulated alternative view of the trading universe and I have to tell you, it is well worth the read-all 23 pages of it.

We should quickly review Wunsch’s credentials in order to establish his pedigree because, without knowing them, it would be far too easy to dismiss him as a crank.

When I first encountered him he had just left Kidder, Peabody and was in the process of establishing Wunsch Auction Systems, a call market system for trading stocks. Eventually, it became the Arizona Stock Exchange. It was a pioneering effort to allow natural buyers and sellers of equities to trade directly with one another without intermediation by a broker or dealer. The AZX sought to reduce transaction costs for its participants, remove volatility from the market and determine more robust and fair pricing for equities traded. It was the predecessor of Electronic Communication Networks (ECNs).

It was ultimately wound up for lack of volume and Wunsch is now working with the International Securities Exchange, a large global options exchange headquartered in New York. Suffice it to say, Wunsch has had enough experience with exchanges and their operation to make credible comments about the trading regulations promulgated by the SEC and its step child, the National Market System (NMS).

This blog will come in a number of installments and I guarantee they will be interesting! And by the way, how did the SEC create the flash crash?  In Wunsch’s succinct words, “it was a foreseeable concatenation of only a few elements: market orders triggered by stop loss orders hitting stub quotes after high frequency traders pulled out while  the NYSE was replenishing liquidity manually”.  I heard an advisor to the SEC basically say the same thing not too long ago.

Stay tuned for an explanation in the next installments.

More than two-thirds (70 per cent) of millennials say they aren’t saving enough for retirement, while 27 per cent aren’t able to save any money,...

The Public Sector Pension Investment Board is acquiring a portfolio of vineyards in Australia. According to the terms of the deal reached with Casella Family Brands, the...

In March 2020, Bill Gosling Outsourcing’s benefits plan was facing unsustainable costs, as well as a deficit due to incoming premium increases. The coronavirus pandemic,...

More than three-quarters (77 per cent) of Canadian employees face a moderate (45 per cent) to high (32 per cent) mental-health risk, according to LifeWorks...

Slightly more than a third (35 per cent) of U.S. institutional investors are incorporating environmental, social and governance factors into investment decisions, down from a...